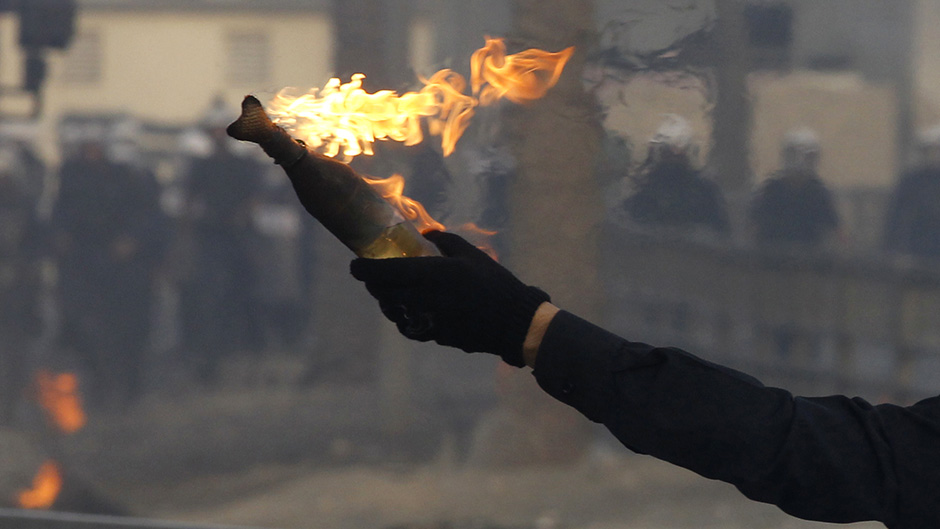 A protester holding a Molotov cocktail walks towards riot police during clashes in Sanabis village, west of Manama, February 19, 2013. Protesters clashed with police on Tuesday as they attempted to march towards Pearl Square, after visiting the grave of a 16-year-old youth killed by Bahraini security forces in earlier clashes on February 14. REUTERS/Hamad I Mohammed (BAHRAIN - Tags: POLITICS CIVIL UNREST) - RTR3DZUA

The family home of Prilep police commissioner Kiril Spirkoski was firebombed overnight. Unknown attackers threw an incendiary device at about 3 in the morning.

Spirkoski was able to extinguish the fire by himself. The attack did not cause serious damage to the house. Police said it is investigating the motive.

Prosecutors still going after curfew violators – seven citizens could be fined with 2.000 EUR each

WW1 artillery grenades found in an orchard in Prilep