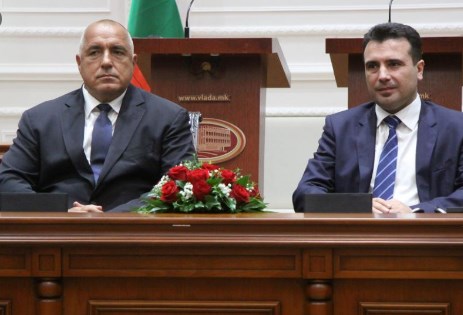 The Infomax news site reports that Zoran Zaev is preparing to officially reveal that he is accepting all Bulgarian demands, a move he clearly hinted to in his BGNES interview. Zaev will declare that Macedonia and Bulgaria have a “common history” and will give up the exclusive Macedonian right to historic figures such as Krste Petkov Misirkov, Goce Delcev and several other key figures.

The 2017 Zaev – Borisov treaty will be expanded to reflect this new agreement, which will include an obligation for Macedonia to revise its history. The changes will include declaring the Bulgarian occupation of Macedonia during the Second World War as a mere “administration” and watering down the role of Bulgaria on the side of the Axis.

Macedonia will also be obliged to punish “hate speech” against Bulgaria, which will be defined to cover pointing to Bulgaria’s membership in the Axis and other issues that Bulgaria finds offensive. Infomax reports that Macedonia will also have to allow Bulgarian entry into strategic businesses and industries.

Bulgaria is blocking the opening of EU accession talks with Macedonia unless Zaev agrees to all their terms.