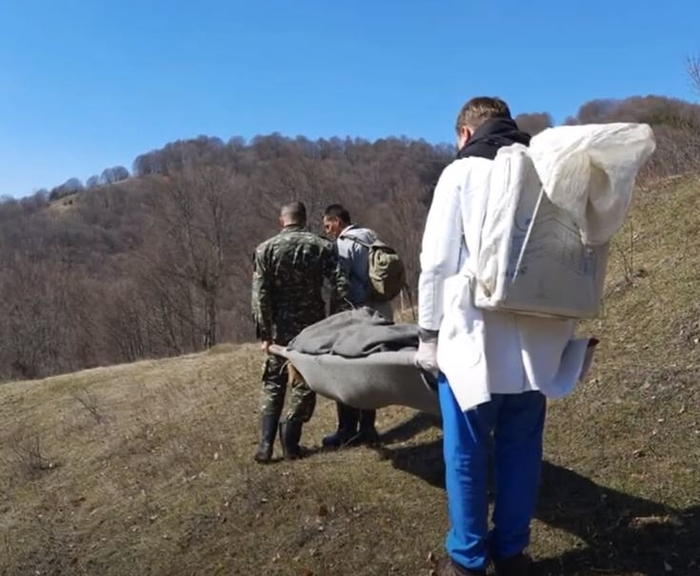 The 63 year old shepherd from a village near Kratovo, who was being evacuated for five hours, on foot, after developing a health issue and collapsing in the snow, has died. Rescuer requests for helicopter evacuation were denied and a doctor, nurse, driver and several relatives had to carry the badly hypothermic man for five hours through snow and rugged terrain, until they reached their terrain vehicle.

The issue prompted rare criticism within the Zaev regime, as it came shortly after Zaev and his Healthcare Minister Venko Filipce took a police helicopter for a trip from Skopje to Prilep, that can easily be done by car.

The shepherd was with his elderly mother and was tending to a baby lamb when he developed brain aneurism and collapsed in the snow. His mother unable to help him other than keep him warm, he remained outside in freezing temperatures for an entire night. When the medical team was finally able to arrive the next day, abandoning their jeep kilometers away from the village, they sought help from local authorities and the Crisis Management Center which is supposed to provide helicopter evacuations, but their requests were ignored. It took the team hours to carry to body in an improvised stretcher to their jeep and then drive the man to Probistip. He was eventually treated at the Stip hospital, but doctors concluded that he is comatose and inoperable.