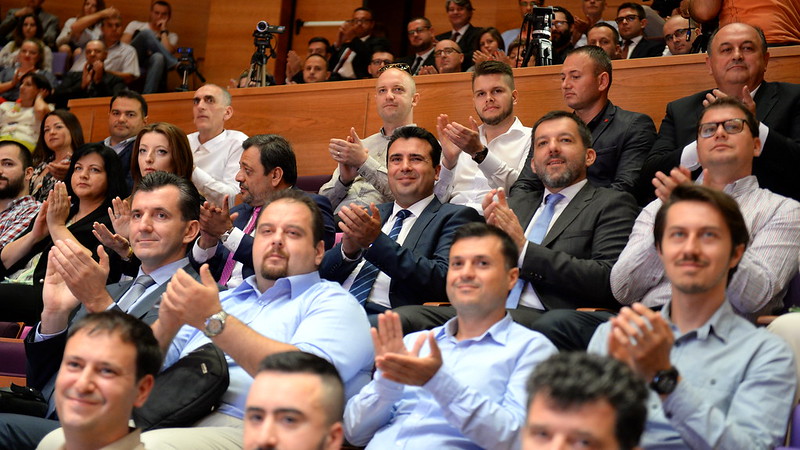 The Innovation Fund (FITR) denies giving a grant worth 210.000 EUR to a company that was owned by the Zaev family. According to the Fund, the company named PowerAd won the grant in competition with 10.000 other applications and will co-invest 95.000 EUR into the development of the project, but the denial does not refute the central claim, that a company owned by the Zaev family – Elenica – was owner of PowerAd.

We want to again deny that Elenica is a directly or otherwise part of the ownership structure of the company which is using the FITR funds. PowerAd won among 10.000 applications, and was naed one of the 50 most innovative start-ups at an investment forum in Istanbul, the Innovation Fund said in its press release.

The opposition VMRO-DPMNE party, which revealed the latest scandal involving the Innovation Fund, declared that Elenica, one of the main companies owned by the Zaev family in their stronghold of Strumica, was the co-owner of PowerAd until August 2018.

PowerAd manager was Mitko Dimitrovski, who is also member of the management board of Elenica. The ownership structure was changed at the height of the scandal involving the Innovation Fund and the way in which it distributed grants to companies linked to Deputy Prime Minister Koco Angusev, SDSM member of Parliament Hari Lokvenec, Zaev’s adviser Cvetanka Laskova and dozens of other similarly scandalous cases, said VMRO spokesman Dimitar Arsovski. FITR’s denial is phrased in the present tense, while VMRO claims that the companies were linked until 2018, and were then likely separated to avoid another scandal.

FITR defends itself by saying that the grant was given in December 2018, several months after the company distanced itself from Zaev’s firm.

Besides giving grants to “innovators” from the ruling SDSM party, FITR was also in the news for supporting companies linked to journalists who are outspoken promoters of SDSM, like Goran Mihajlovski and Branko Geroski. A particularly egregious case recently revealed that the brother of SDSM supporting journalist Saso Ordanoski, Vanco Ordanoski, won more than 200.000 EUR to develop a device that would measure air pollution, while the website prepared to promote the device used pictures stolen from an Indian company.

Indian company proves they are the rightful owners of the patent presented by outspoken SDSM party supporter who claimed a grant worth 245.000 EUR