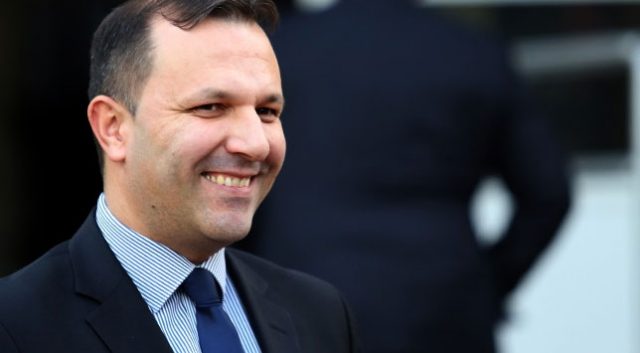 Interior Minister Oliver Spasovski, who has been instrumental in the abuse of the police in the on-going political persecution of the opposition VMRO-DPMNE party, threw his hat in the ring for the upcoming presidential elections. Even though his SDSM party is officially still in talks with its ethnic Albanian coalition partner DUI to approve a “consensual” candidate, Spasovski’s local SDSM branch announced that it is nominating him for the President.

– We are the largest municipal organization in the party, and the native organization of Oliver Spasovski, and our Executive Committee unanimously decided that our party comrade Oliver Spasovski should be the only candidate for President. We hope that we will succeed to have a President of our state from Kumanovo, said Martin Kostovski, head of the SDSM party branch in Kumanovo.

It seems unlikely that the party branch would take this step without consulting with Spasovski, who also asked SDSM officials in near-by municipalities of Staro Nagoricane, Rankovce, Kriva Palanka and others to support him.

Spasovski is also a Zaev loyalist, something that can’t be said for other prospective candidates such as Radmila Sekerinska, Stevo Pendarovski and Nikola Dimitrov.