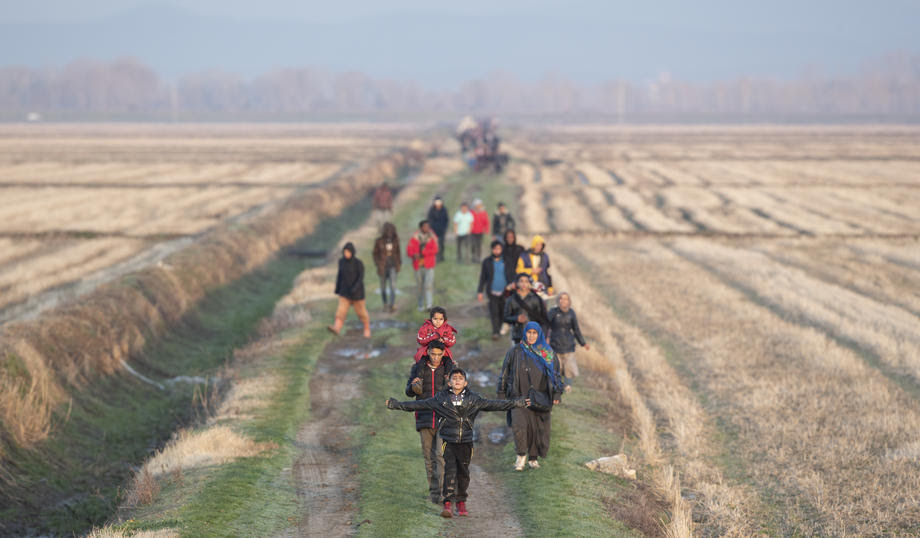 epaselect epa08263901 Refugees walk back after a failed attempt to pass the Greek border near the Meric (Evros) River, as they try to find a way to reach Greek territory at the Turkish-Greek border in the Ipsala district of Edirne, Turkey, 02 March 2020. The Turkish government announced its decision to no longer stop refugees from reaching Europe, after 33 Turkish soldiers were killed in Idlib, Syria on 27 February. EPA-EFE/TOLGA BOZOGLU

Interior Minister Oliver Spasovski said that Macedonia is not facing an increase in the migrant flow due to the NATO withdrawal from Afghanistan.

Afghans make up a large share of the migrants moving through the Balkans on their way to EU member states where they try to seek asylum, and there were concerns that the pullout from Afghanistan will contribute to this. Spasovski insisted that there are no indications of an increase in the flow, and that Macedonia is prepared to handle the migrant groups and with its two transit centers.

The migrants don’t remain here. They were only in transit, while the Balkan route was open, Spasovski said.