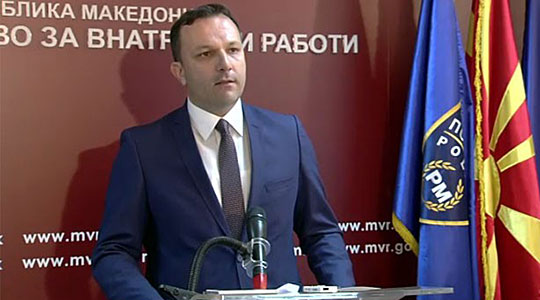 Interior Minister Oliver Spasovski, who is considered as one of Zaev’s most loyal lieutenants and his likely successor as interim Prime Minister if Zaev resigns as scheduled on January 3rd 2020, also expressed disappointment over the emigration levels and the failure of his party to tackle crime and corruption. Spasovski was speaking as President Pendarovski made a shocking statement that if her were younger and not President of the country, he would move out as well, and Zaev conceded the failure of his EU push and promise to uphold the rule of law.

The most competent, accomplished people are leaving the country, as they have a perspective outside of it as well. They recognize that the system is not following the interests of the citizens. Our talks is to fight against crime and corruption. All our future activities will be directed toward this, Spasovski said, while attending an event organized by a small coalition partner led by former Interior Minister Pavle Trajanov.

Spasovski, who subordinated the police in the purpose of persecution of political opponents, also insisted that Macedonia, or “this country” as he called it most frequently, will eventually be allowed to open EU accession talks.

No other element disappointed us as much as the failure of the EU decision for accession talks. But no matter how disappointed we are we must remember that the accession talks will eventually begin. It’s a fact that all EU countries except for France supported “this country”, Spasovski said.