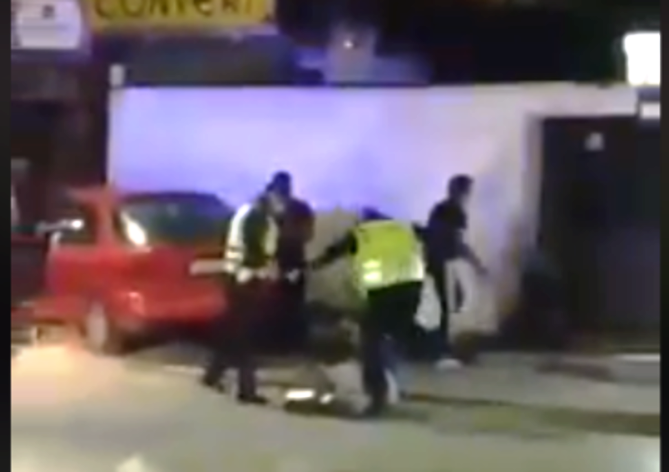 The Interior Ministry is blaming yesterday’s incident in Skopje, where several police officers were filmed brutally beating up a citizen, on the family of the citizen.

The video was shared online and it was the second police beating that was uploaded the same day, after a beating of two Roma citizens which took place in Bitola on Tuesday. In the incident in Skopje, the Interior Ministry claims that officers intervened after a collision between a car and a motorcycle, in which the driver and the passenger on the motorcycle were injured. The Ministry claims that father of the motorcycle driver came to the scene of the accident with another son and attacked the officers, and were detained for the assault.

The incident appears to show the police beating a man in the car that was involved in the original accident, not the subsequent alleged assault.

Meanwhile, Prime Minister Zoran Zaev apologized to the two Roma men from Bitola who were beaten by the police after they were involved in a drunken traffic accident.

I welcome the fact that the Interior Ministry’s internal review commission identified the officers and they will be punished, Zaev said.

VMRO-DPMNE member of Parliament Antonio Milososki said that the treatment of the Roma by the police shows how hypocritical the SDSM party outreach to the community before the elections actually was. SDSM was openly buying votes in the poor Roma communities across Macedonia distributing food packages in the midst of the coronavirus epidemic. Milososki observed that now, with the elections gone, the ruling party has changed its tune.