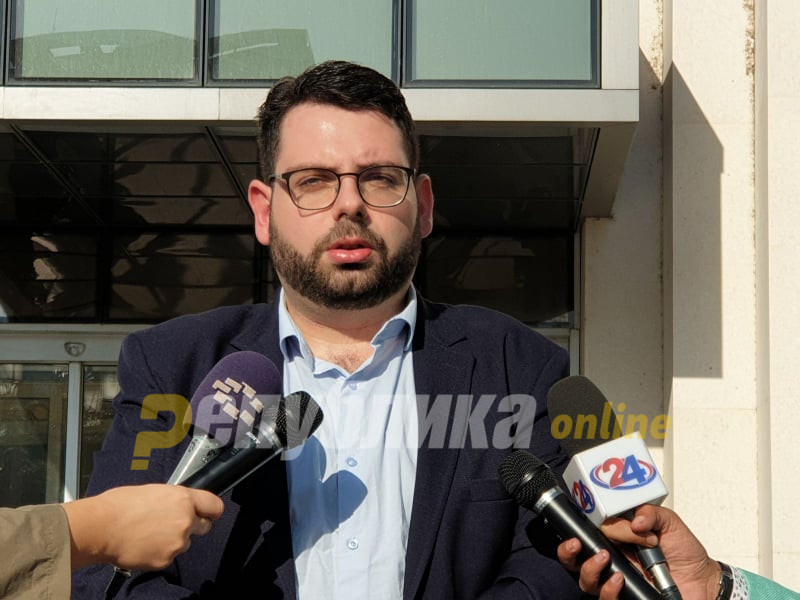 Ljupco Zlatev, editor in chief of the Lider investigative news site, informed today that he was pressured by state prosecutors to reveal who leaked him the audio recording of the brutal torture and beating of a man by an SDSM party appointed Mayor. Shuto Orizari Mayor Kurto Dudus is heard on the tape beating a municipal employee and threatening to use a baseball bat on him. Zlatev said that the publication of the recording is undeniably in the public intrests and that he will protect his source.

Zlatev was interrogated by police detectives today, on orders from the prosecutors.

Despite the requests of the prosecutors, I did not reveal the whistleblower who gave me the recording which reveals how Kurto Dudus is kidnapping and beating a man. I said that I am prepared to suffer criminal charges if necessary, but I will not reveal my source. Public Prosecutors Ljubomir Joveski is clearly in an indecent relationship with the Government if he is prepared to prosecute journalists in this manner – instead of going after the attacker he is going after those who revealed the attack, said Zlatev to the press which gathered following his interrogation.

Mayor Dudus attacked a municipal employee who was allegedly badmouthing him in Shutka, the only majority Roma municipality in Macedonia. Dudus was also suspected of being behind the attack on his electoral opponent Elvis Bajram during the 2017 elections, when Bajram sustained head injuries. The audio reveals that the attacked man is held against his will and is afraid, blows are clearly heard coming from Dudus, who threatens the man that he will take a baseball bat and break his ribs.

Clearly in this country Dudus has the right to kidnap people and beat them up, and to presume the right to prevent media outlets from reporting about it. Kurto Dudus is avoiding the court appearances in the case against him and is not being detained. Unlike him, I get summoned to the police. station. There is not a single democratic European country that would act this way, Zlatev added.