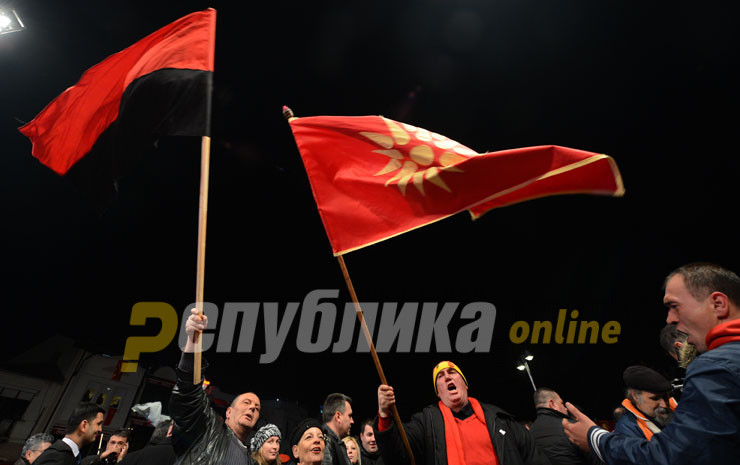 If there parliamentary elections were held next week, VMRO-DPMNE would win, according to a poll conducted by the Skopje-based Institute for Political Research (IPIS).

The poll, conducted by telephone between 19 and 22 October 2021 on 1,102 adult respondents in the Republic of Macedonia, shows that VMRO-DPMNE is the party that enjoys the most trust in the country – high 23% of the representative example of respondents answered that in the parliamentary elections they would vote for VMRO-DPMNE.

The trust of the citizens in the ruling SDSM is continuously declining. In this poll, only 17.6% of the respondents said they want SDSM to run the country for another 4 years. Levica is in third place, with 4% trust, as much as the party leader, Dimitar Apsiev.

DUI is still the best ranked party in the Albanian bloc. If parliamentary elections were held tomorrow, 6.7% of the respondents would vote for Ali Ahmeti’s party. In second place is the Coalition of the Alliance for Albanians and Alternative, with 4.9% trust, and Besa is in third place, with only 1.6%. 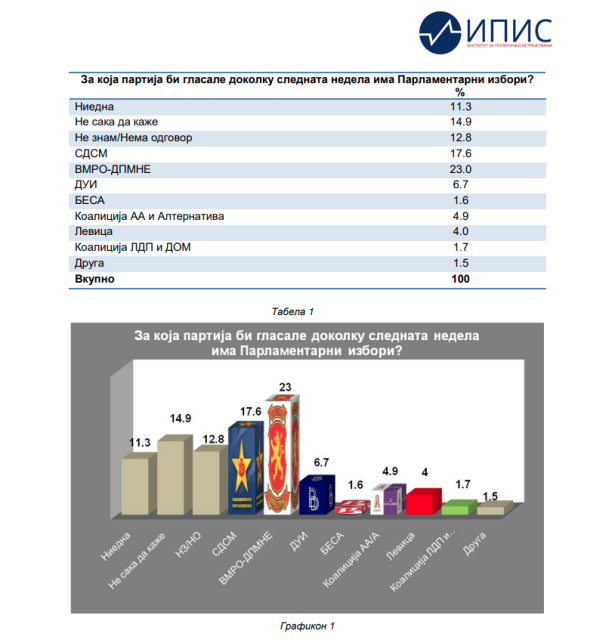 In order to observe the relevance and impartiality of the research, an impartial and objective questionnaire was created on the basis of which the poll was later conducted. The research was conducted using a random sample that was stratified to preserve the representativeness of the population in the Republic of Macedonia. It observed the demographic specifics of the population such as gender structure, age groups, level of education and ethnicity, with appropriate division of respondents by place of residence and constituency, with Skopje being taken as a separate entity because of its characteristics.

The poll was conducted for the needs of IPIS in order to analyze the ratings of the parties. The poll is funded by IPIS’s own funds. Attached are the results of the poll regarding the ratings of political parties and politicians.