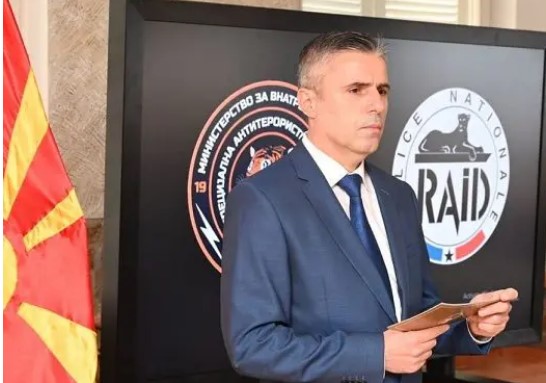 SDSM and the Ministry of Interior of Oliver Spasovski are silent about the cowboy armed clash in Skopje Cair. Yesterday they did not provide explanation whether the person who fired at the police for controlling a vehicle and then was released, was convicted of the same crime and there is a whole year since the Skopje police has been ordered to detain the same person for serving a prison sentence, said VMRO-DPMNE spokesman Naum Stoilkovski on Friday.

He demands that Oliver Spasovski no longer hide as the head of the Ministry of Interior and answer the following questions:

Was Arif Asani, a DUI official and the second man in the Public Security Bureau, filmed by the surveillance cameras of the “safety city” in the evening at the place of the shooting in Cair?

Is the deputy director of the Public Security Bureau filmed by the cameras running towards the police officers, and after talking to him, they let the person leave?

Is there a video from the “safe city” system that shows the police officers and Arif Asani, and there are no other people on the video?

Do the police officers cover in their official notes that Arif Asani influenced them to release the person, so it is stated that “a larger group of citizens prevented them from detaining the person”?