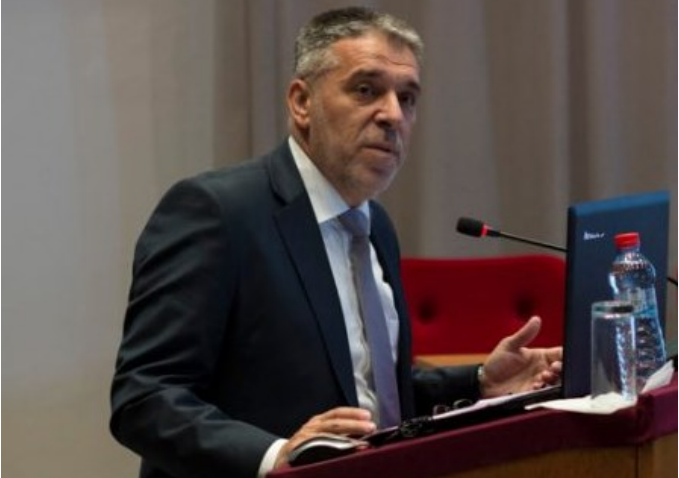 What was the chair of the historical commission Dragi Gjorgiev doing alone in Sofia, without the other members of the commission, asked OMO Ilinden Pirin.

Why in January 2022 did only the chair of the commission Dragi Gjorgiev travel to Sofia with the delegation of the SDS government, and what did he discuss behind closed doors with the chair of the Bulgarian historical commission Angel Dimitrov, who used to work for the Bulgarian secret services?! How was Dragi Gjorgiev convinced to accept a change in the Macedonian textbooks and to accept that more historical figures are common with Bulgaria???

Let’s not forget that Zaev’s historian – Dragi Gjorgiev, stated on television that Goce Delcev declared himself Bulgarian, which is not true at all, and is taken from one sentence in one of Goce’s letters to Nikola Malesevski, where Goce uses irony (sarcasm) and whose full contents of the letter the Bulgarians hide. In the letter Goce Delcev actually writes that bulgarophilism is a disease, just as in the continuation of the letter Delcev will write that among some Macedonians there was also a second disease – Greekism. The biggest confirmation of Gjorgiev’s lie is that in his other letters where nationality is mentioned, Goce Delcev clearly writes that he is Macedonian and works for Macedonian national interests! How will Dragi Gjorgiev appear in front of the Macedonians tomorrow and what will he say to his loved ones, when he is mercilessly and meanly selling Macedonia in the middle of a summer vacation?!, said OMO Ilinden Pirin.