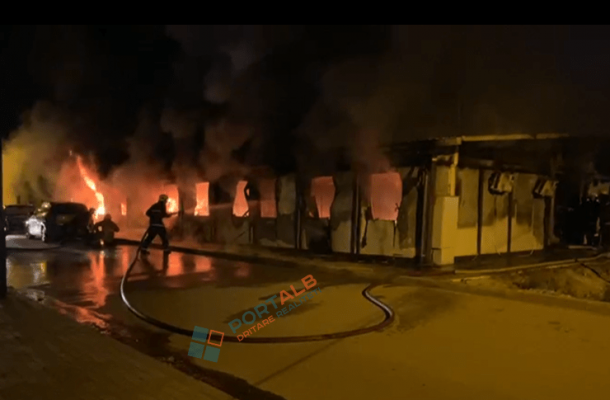 VMRO-DPMNE again demanded responsibility from the government for the unfortunate event that happened in Tetovo, in which 14 people lost their lives. The vice president of the party Vlado Misajlovski asked at Friday’s press conference a series of questions that should be answered by the government. He reminded that resignation has always been and will be an act of responsibility.

Rejecting the resignations of the government after such a tragic event as in Tetovo only means two things: This government has no morals, and this government does not feel responsible. VMRO-DPMNE does not demand responsibility from the government because of political malice or because it has personal motives against Zaev or Venko Filipce, but because they are incompetent, and also because of having an objective investigation. The fact that Prime Minister Zaev is protecting Minister Filipce means that Zaev should also resign due to his active participation in the clumsy attempt to answer the questions that bother the entire public, Misajlovski emphasized.

Misajlovski asked 12 questions to the government led by SDSM and Zoran Zaev:

1. Who is to blame for the country having the highest Covid-19 mortality rate in Europe?

2. Who is to blame for not having new Covid treatment protocols?

3. Who is to blame for the lack of staff in hospitals, and relatives going to care for patients?

4. Who is to blame for the lack of vaccines and the fact that the vaccination process is still not going well?

5. Who is to blame for the people not trusting the system and vaccination?

6. Who is to blame for the lack of technical report on the modular in Tetovo?

7. Who is to blame for the lack of fire extinguishers?

8. Who is to blame for the hospital being made with PUR foam and no one cared if it was flammable?

9. Who is to blame for not finding out who cut the oxygen supply pipes in the modular hospital in Tetovo at the beginning?

10. Who is to blame for the fact that 1000 denars were paid by relatives of patients to nurses, doctors to take care of patients, and is that normal?

11. Who is to blame for the additional oxygen pipes being connected outside the tender procedure?

12. Is it normal what is happening and what you are doing?