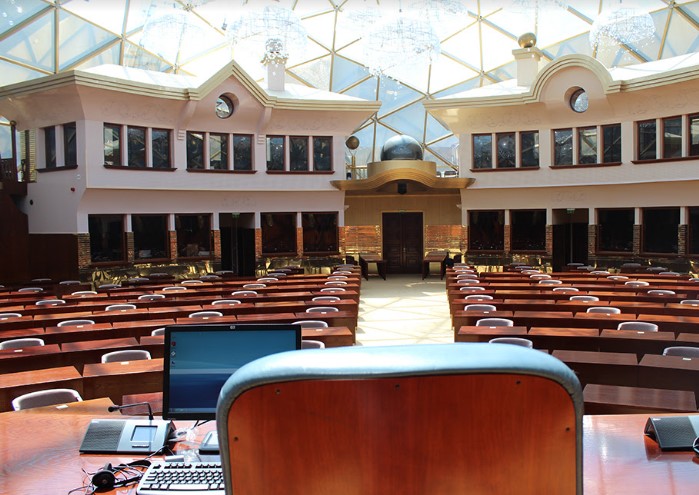 The last few days are running in which President Pendarovski is to give the mandate for government formation in accordance with the results of the 15 July elections. Under the Constitution, once the new Parliament is constituted, the President has 10 days to give the mandate to a candidate of a party, or parties that have the majority in Parliament.

But two dilemmas arise here. Is the Parliament considered to be fully constituted without an elected Speaker, and that so far no party or coalition has a majority.

The current Parliament Speaker, Talat Xhaferi, has not yet sent an official note to the head of state informing him that the Parliament has been constituted. DUI sources say that according to them the ten days in which the president should appoint a prime minister-designate to form the Government have not started yet.

Xhaferi himself told “TV21” that the constitutive session was interrupted and thus the Parliament was not constituted, and that his role is now as chairman.

Without the election of a new Speaker of Parliament, the Parliament cannot be considered constituted. This means that there is still no one to inform the head of state that a new parliamentary majority has been formed and that is why the deadlines have not started yet, says Xhaferi.

The President’s Office, has the opposite view. It says that according to the constitutional provisions in Article 90, the deadline for giving the mandate is 10 days after the Parliament is sworn in.

Pendarovski’s office is waiting for chairman Talat Xhaferi’s letter to inform the President that Parliament was sworn in on August 4, 2020 after MP terms were verified.

Regardless of the letter, in accordance with the Constitution, the deadline for handing over the mandate to form a government to the candidate of party/parties having Parliament majority started on August 5, 2020, the President’s office said.

The other dilemma that arises is why Pendarovski is waiting for the deadline and whether it may give Zaev extra time for an agreement to form a government and possible combinations with the parties from the Albanian bloc.

Mickoski: Macedonia is for all