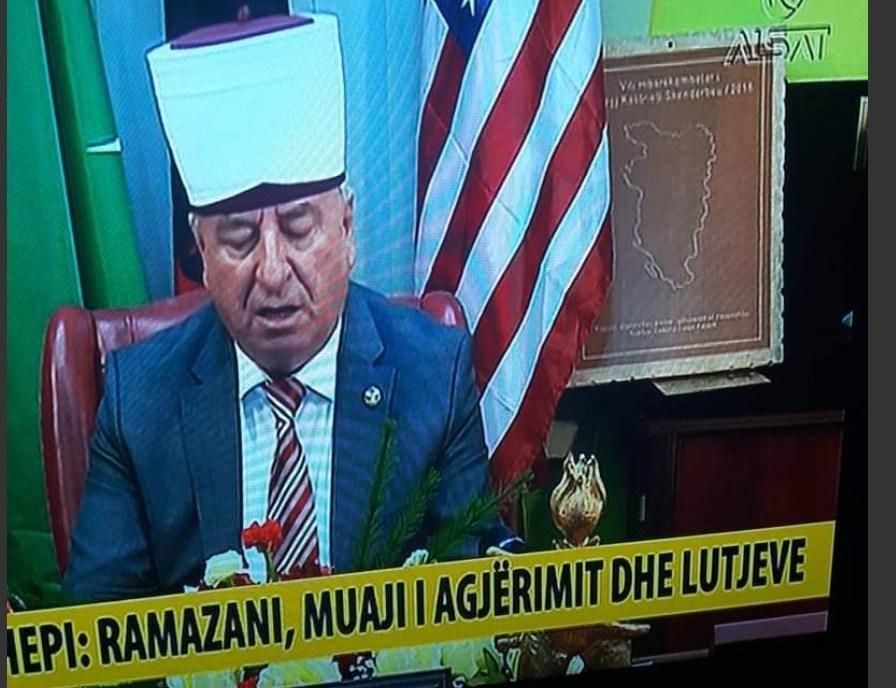 Sulejman Efendi Rexhepi, the controversial reis ul ulema (head) of the Islamic Community in Macedonia, used a map of Greater Albania while congratulating the start of the Muslim month of Ramadan.

Rexhepi placed a plaque with the map of Albania, borders extended to include chunks of Macedonia, Kosovo, Greece and Montenegro, during his address. Redrawing the borders of the Balkans to create an extended Albania is the stated goal of Albanian nationalist and inspired a number of wars and conflicts in the past decades. 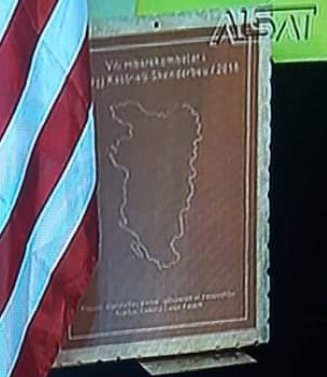 Zaev: I am not afraid of Greater Albania, we are a NATO member, but I can’t say “no” with certainty