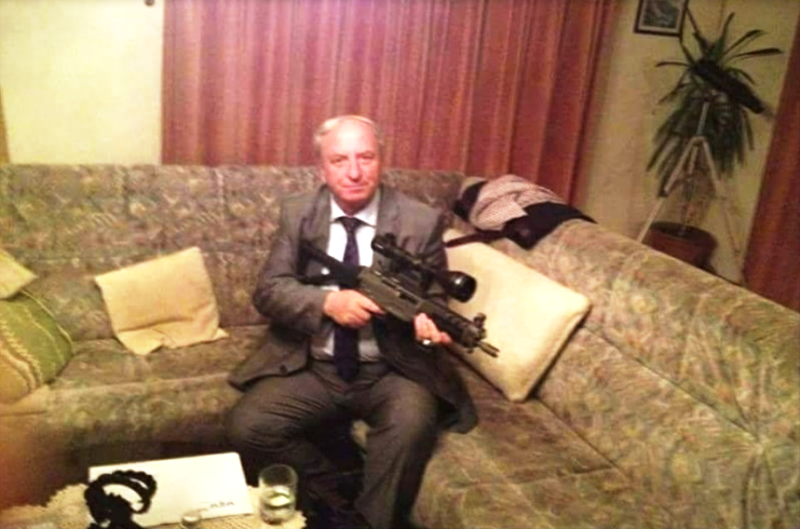 Days after the disastrous first round of the presidential elections, the SDSM led Government initiated a raid on the Islamic Community (IVZ) office and tried to remove its chief, Sulejman efendi Rexhepi.
The controversial cleric threatened to call the Muslims to vote against Stevo Pendarovski unless a long list of property concessions are made to the IVZ, as well as approval is given to build mosques in symbolically important parts of the country.

Rexhepi was initially defiant and underlined his opposition to the Government, where the vocal Albanian wing in SDSM, led by Muhamed Zekiri, called for his ouster. But, days before the second round of the elections, Rexhepi asked that Muslims go out and vote on Sunday, and support “EU, NATO, rule of law and democracy”. While both candidates endorse these designations and strategic goals, it was seen as caving on the part of the hate spewing cleric and endorsement of Pendarovski over the opposition candidate Gordana Siljanovska – Davkova.

Albanians and other Muslim groups came out on Sunday, and while their turnout was significantly lower than that of Macedonians – owing to large levels of emigration, their nearly unanimous vote for Pendarovski swung the elections. Siljanovska beat Pendarovski, often by large margins, in most majority ethnic Macedonian parts of the country but she couldn’t compete with the Cuban style voting in the Albanian parts, where results regularly topped 90% in favor of Pendarovski.

On top of the police raid and the court ordered removal of Rexhepi, IVZ faced financial investigations and a series of inspections. After the outcome of the elections, a number of warring Albanian factions claims that it is they who turned out the votes in favor of Pendarovski – these include the ruling coalition partner DUI, the two opposition Albanian parties AA and BESA who claim 80.000 votes in the first round for their candidate Blerim Reka, and of course, Zekiri’s wing in SDSM. But VMRO-DPMNE President Hristijan Mickoski focused specifically on the overt pressure on the IVZ as a factor which overturned Siljanovska’s lead and said that it is unbecoming of a secular state to see this type of interference of religious leaders in the political scene.

It is likely that, after the voters turned out for Pendarovski, IVZ and Rexhepi will receive a “stay of execution”, the court order to remove him from office will be conveniently misplaced somewhere, the financial and other inspections will find no evidence of wrong-doing and some of his pet projects, like the building of a new minaret in old town Ohrid will be approved by the new SDSM appointed Mayor of the city.

Before even joining the Government, the Alternative party says it could leave