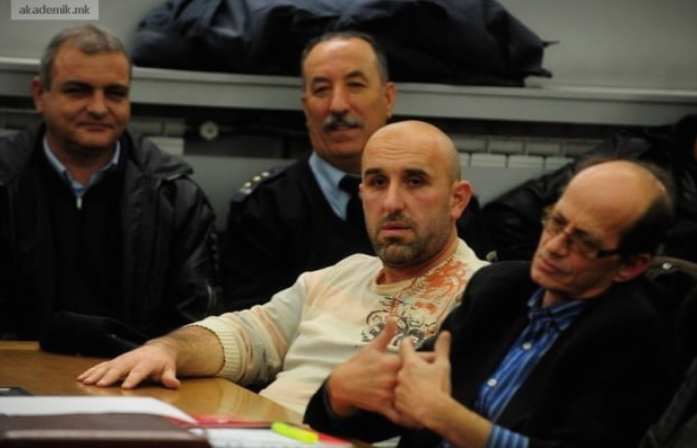 Suspected Islamist killer Agim Ismailovic has been escorted to the Sutka prison, after his scandalous escape from the Skopje courthouse earlier today.

One of the suspects in the 2012 Good Friday massacre in which four boys and one man were killed on the eve of the Christian holiday in an apparent attempt to spark a religious conflict, was enjoying the right to defend himself from freedom for years. He fled from the courthouse just as the prosecution asked for his detention in anticipation of a verdict in the on-going re-trial.

He was arrested after a team of journalists found him in his home. One of his accomplices, Fejzi Aziri, was also ordered into detention. Two other accomplices, Haki Aziri and Sami Ljuta, will continue to defend themselves from freedom.

VMRO-DPMNE called on Interior Minister Oliver Spasovski to resign after the incident. “Spasovski needs to explain whether he was in league with Ismailovic, or if he is just plain incompetent. In any country where the killer of children flees, the Interior Minister resigns”, the opposition party said.

The two other suspected killers, including Ismailovic’s brother, fled to Kosovo in the immediate aftermath of the massacre, and are currently missing. The Zaev regime was busily spreading conspiracy theories about the massacre during its 2015 Colored Revolution, which was largely based on a number of scandalous allegations that were eventually proven untrue. In this case, Zaev was alleging that officials from the VMRO-DPMNE party were involved in the massacre and used this as an excuse to have the suspects released from detention – which greatly helped his push to form a coalition with the ethnic Albanian parties who were demanding the same thing. Much later, Zaev confessed that he has no actual evidence to support the claims he made before the parents of the killed boys during the Colored Revolution protests.