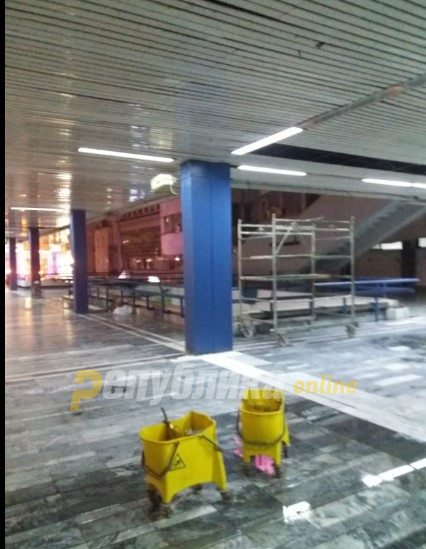 The City of Skopje promoted Friday the green roof of the GTC featuring ponds, benches, fountains, greenery that Skopjе citizens should enjoy in while visiting the oldest shopping center in Macedonia. Mayor Petre Silegov boasted that this space will bring about many beautiful memories for the citizens.

But it seems that the construction is not of very good quality, so tonight the ceiling in the center just under the green roof, or under the large fountain leaked. 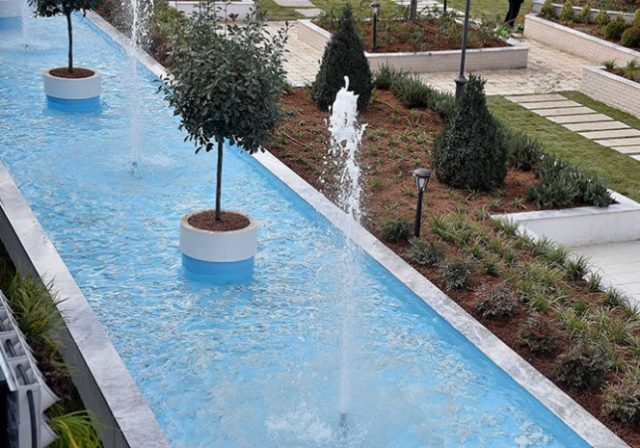 Carts were placed on the floor, collecting the water that had leaked from above and the floor was slippery. Visitors said that the entire facility was poorly constructed and that the tiles were rickety.