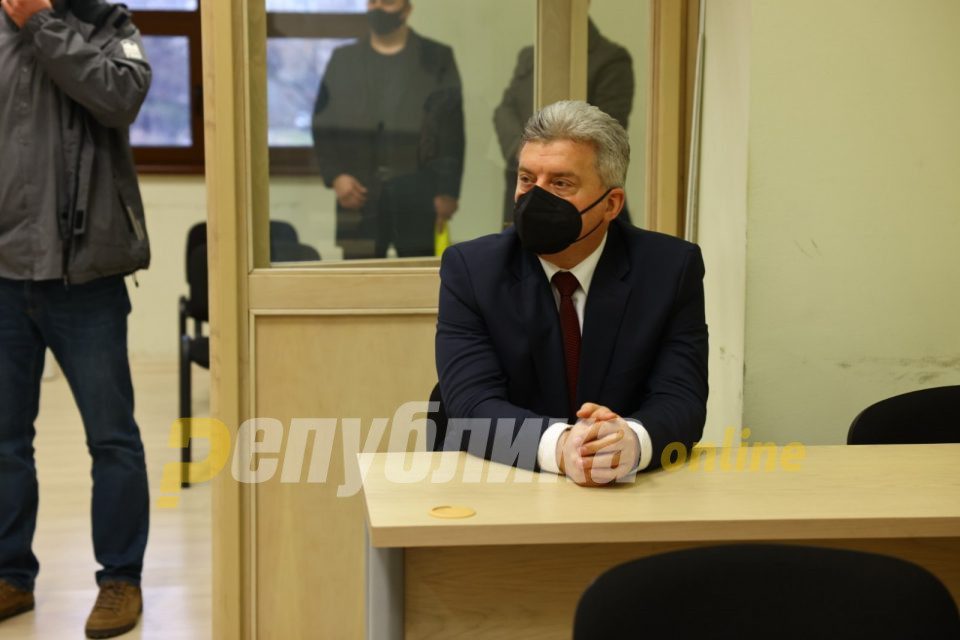 Former President Gjorge Ivanov testified today in the trial over the April 2017 incident in the Parliament. Ivanov dismissed claims that he was preparing to declare a state of emergency in the run up to the storming of the Parliament, which was a frequent conspiracy theory spread at the time.

It was initiated by a weekly magazine a week before the incident. It was all empty speculation. It is declared by the Parliament, or by the President but with Parliament confirmation. The rumor was a text-book example of artificially created psychosis in the public, Ivanov said.

He added that he did not receive prior warning from the intelligence services that an incident is being planned in the Parliament. On the evening of the incident, Ivanov called all party leaders to meet him the next day, but his move was intercepted by the decisions of the US State Department and the EU Commission to side with SDSM and DUI in the irregular vote to appoint a new Parliament Speaker. The Zaev regime is now using the incident to persecute VMRO-DPMNE officials, including a group of former members of Parliament who were charged with “terrorism” and blackmailed to join SDSM and vote for the imposed name change.