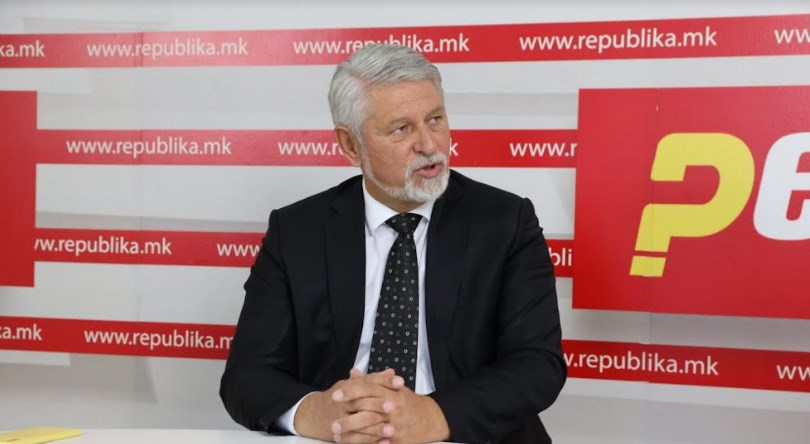 My entry into the second round is due to what has been done so far, to the promises made to the citizens and to the vision for Karpos. It is not important to have a big party behind you. The only condition for my opponent is the big party behind him. However, the municipality is not run by the party but the mayor and the citizens obviously recognize that I run it well, said the candidate for Мayor of Karpos Stevce Jakimovski in an interview with “Republika”.

He believes that the difference of about 2,000 votes is achievable and that if there were no two candidates from the opposition, he would have won convincingly in the first round. In the second round, he expects the votes of all citizens of Karpos.

I expect the votes of VMRO-DPMNE, it was publicly announced by the leader Mickoski, I expect support from other parties that are in opposition but also from those citizens who are politically undecided, says Jakimovski.

He says that it is normal for him to know all the streets in the municipality, as well as to always be eager to receive the citizens in his office and to listen to them about the problems they have. Jakimovski is convinced that the municipality of Karpos will be a record holder in green spaces.

Now we have seven square meters per capita, our goal is 16 square meters. We plan green areas along the quay of Vardar to be arranged with urban equipment with paths, fountains, candelabra to walk at night, playgrounds, says Jakimovski.

Jakimovski adds that he is aware that lack of hygiene is a major problem in Karpos. Unfortunately, this is a serious wound for us. We plan to dig containers, to put the garbage underground. The garbage will be stored underground and a special vehicle will come to collect, explains the candidate for mayor.

Another big problem in Karpos is parking. “In Karpos 1, the problem is made by the citizens of Centar. I was a big opponent of upgrading the buildings and that with that there will be additional vehicles in front of their buildings, but they insist that with the upgrades they got more squares in the apartments. But we cannot blame the citizens”, says Jakimovski. He assures that parking in Karpos will remain free and no zone parking will be introduced. We will solve the problem with multistorey park cars, above ground and underground, only the tenants of those buildings will have a remote so that no one else can enter. The current parking space will be tripled, promises Jakimovski. He says that because of the free parking, especially in Leptokaria, no empty shop can be found. Underground parking is also planned for this part.

Jakimovski believes that the municipality will have money to implement all projects. “Money is never enough, but you have to roll up your sleeves and look for revenue for the municipality. I left the municipality in 2016 with 11 million euros in revenue, in 2017 there were seven and a half million euros, and now it has dropped to five million euros in revenue. But you cannot play “Counter strike” and look for income. You cannot go around the world, to the Maldives, every weekend after Thursday to go to Greece in Halkidiki, to go to America for 20 days. The income does not fall from the sky. I have not gone on vacation for more than 4-5 days in my life”, explains Jakimovski. 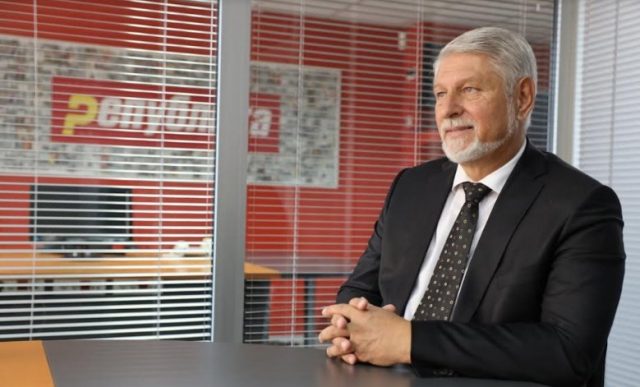 He also pledges to repair the facades of older buildings and make them energy efficient, which will increase the temperature of the citizens’ apartments in the winter. He does not want to remember the witch hunt against him a few years ago and that he does not feel like a moral winner.

I see no triumph. If I were born again I would like everything to be the same. The caliber of a man like me is ready to endure everything. They say go up as far as you are ready to endure with your feet down. But may everyone be forgiven. Euphoria was created, a distorted image to target only what may be bad or what I did wrong without saying what I did good.

He says that in 2017 the citizens voted against and here is what kind of mayors we have. “Disaster. We have mayors who do not leave the pubs. At 8: 30 in the morning he goes to cafes and asks for whiskey and drinks in a cup of coffee so that the citizens do not realize that he has been drinking since the morning”, adds Jakimovski.