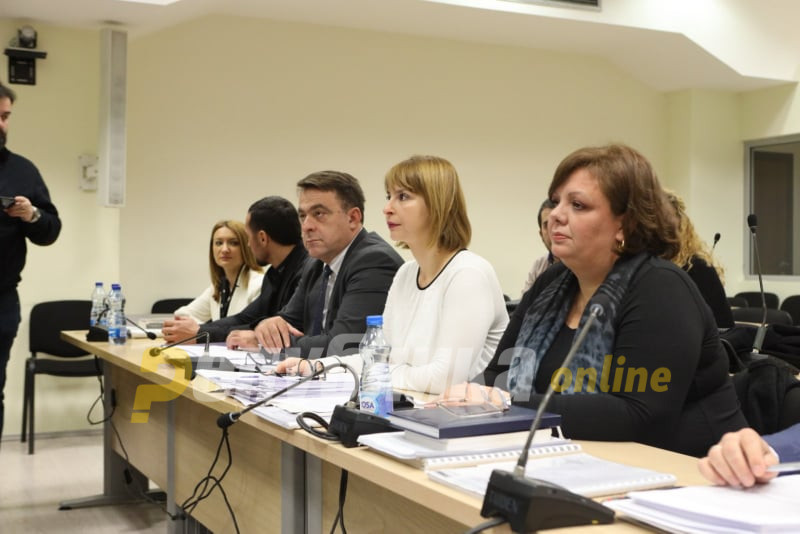 Disgraced former Special Prosecutor Katica Janeva appealed to the judge in her trial not to be afraid from prosecutor Vilma Ruskoska, who is leading the charges against her. Ruskoska famously threatened the Skopje Appeals Court judges who allowed her to exchange her detention for house arrest, sending text messages that she will begin investigations into their financial situation and will make them “quake in their pants”.

I was exposed to serious risks in the previous period but I don’t complain. I walk with my head held high and I can look anybody in the eye. I expect that the court will accept my evidence. I hope that the court will not be afraid from Ruskoska’s words, or that they will be quaking in their pants, Janeva said, working to build a case that the judiciary is under threat to pass a guilty verdict against her.

Janeva’s sensational trial began today, after she was suspected with extorting millions of euros from businessmen she was prosecuting through her once powerful Special Prosecutor’s Office. Janeva and Ruskoska were close allies, working together to persecute opposition officials, entrench Zoran Zaev in power and secure him the votes he needs to rename Macedonia. But after piles of evidence of Janeva’s corruption became public knowledge, Ruskoska was reluctantly forced to go after her.