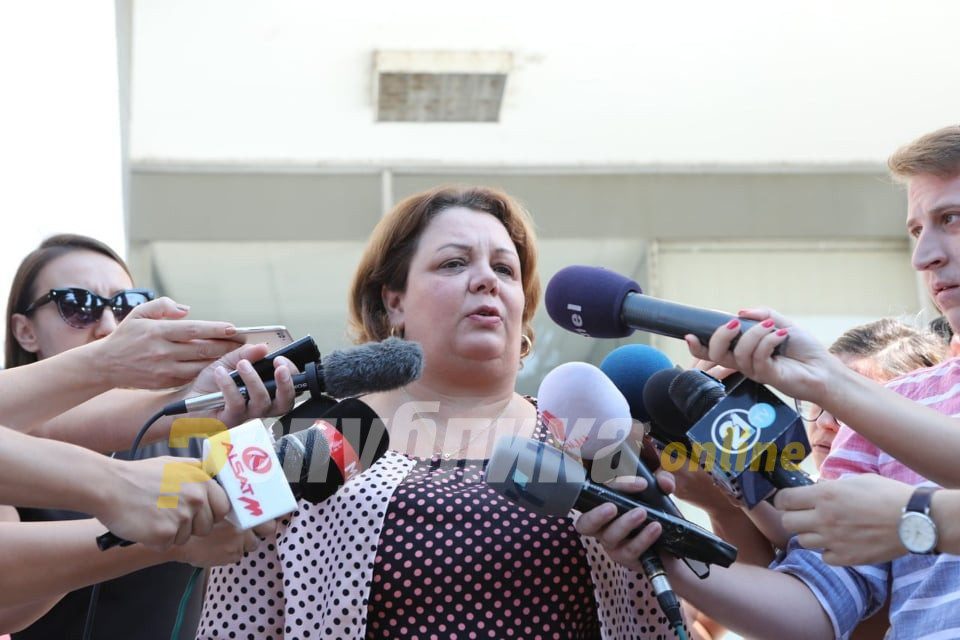 Special Public Prosecutor Katica Janeva came out of the PPO building, where she was questioned in relation to the “Racket” case. As she pointed out, she was summoned as a witness.

Janeva did not disclose details of the interrogation, stressing that it was an investigation.

There will be a trial, we will be seeing each other in court, Janeva told the reporters who bombarded her with questions.

They asked her why her phone was handed over to the PPO after it was formatted. Janeva denied it.

Janeva did not even answer questions about where Orce Kamcev is and why she said to him “Everything will be well”.

In the end, her lawyer advised her that she is not being interrogated, that she should not be answering reporters’ questions, and then he pulled her away.