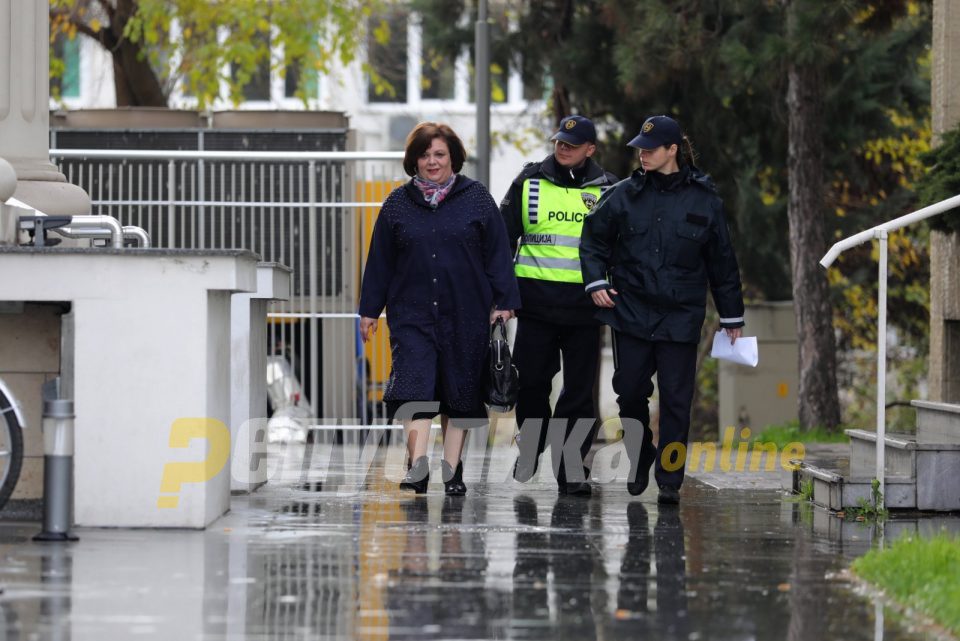 Katica Janeva, under the protection of Zoran Zaev, was part of a million racketeering scheme but also abused SPO’s budget to pay relatives and friends. Katica Janeva and her close relatives may be listed among the richest people in Macedonia, VMRO-DPMNE said in a press release.

Zaev’s octopus released tentacles all over society, and some end up with families close to them. Janeva hired her cousin Vili Janev, who from of a Gevgelija court driver became her driver and that’s why he gave him 30,000 euros. Janeva also put his daughter, Slobodanka Vili Janeva on the payroll– 1,600 euros, which although living in America for a long time, received money from the SPO. Janeva from the SPO also allocated money to Vilma Petkova, a sister of her former colleague and president of the Gevgelija Court, Zlata Popova, and gave her 15,000 euros. The most famous example of Janeva’s nepotism is Gjorge Delidzakov, a nephew from her sister, to whom she gave 28,000 euros. Janeva also took care of Metodi Cilkov, the husband of the director of the Gevgelija Psychiatric Hospital, Ljuba Cilkova, who issued Katica Janeva’s sick leave. He received 26,000 euros from Janeva, the party added.

VMRO-DPMNE says that Dragica Avramceva, daughter of Keti Avramceva, director of the “Vlado Kantardziev” primary school, received 30,000 euros from the SPO, and Ilija Avramovski, an inspector at the Ministry of Interior Gevgelija got staggering 59,000 euros.

SPO money was also given to Natasa Olumceva, a daughter-in-law of former SDSM official Sase Olumcev, who received 15,000 euros. Because the list of relatives had apparently been exhausted, she had to pay Gjorge Tulupov, a friend of her son, Lazar Janev, who had taken 24,000 euros. These are typical abuses of office and citizens’ money. Not only did she rob businessmen, she robbed citizens and paid relatives and friends with their money. This mess must stop. All illegal acts will be sanctioned after April 12, when the rule of law is restored, VMRO-DPMNE said in a statement.