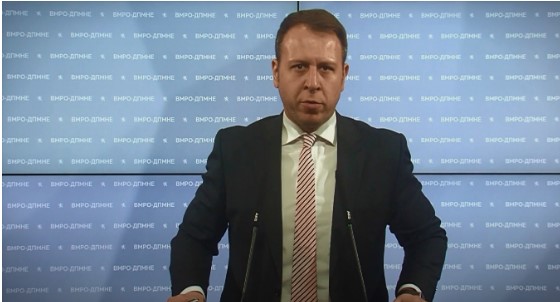 Zoran Zaev is left alone in his views and demands as a politician with the intention of sacrificing human lives in order to continue his party career! Zaev is a scared man who knows he is losing. Frightened, Zaev demands snap elections at the cost of spreading the deadly disease, says Igor Janusev from VMRO-DPMNE.

According to Janusev, Zaev is extremely nervous and isolated, the only politician who does not take care of human lives! Zoran Zaev wants to put people’s lives at risk with holding snap elections in the midst of a pandemic! Frightened by the inevitable electoral defeat, he wants to sacrifice people’s lives only in an attempt to save his own skin.

Janusev adds that none of the conditions for holding credible elections have been met and that Zaev does not respect the opinions of the SEC, or the international monitoring missions, or relevant medical recommendations.

Janusev: Consensus needed on elections, I expect another leaders’ meeting

Janusev: Legal norms are clear – it is not possible to hold elections in June as Zaev wants