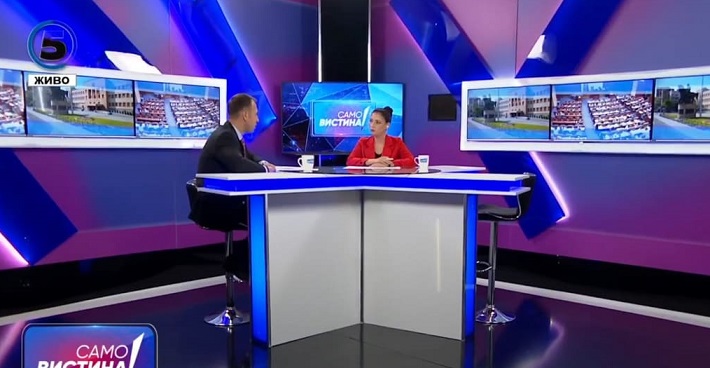 The MP from the ranks of VMRO-DPMNE, Igor Janusev, was spoke on the “Samo vistina” show on TV Kanal 5 about the current political situation in the country, the results of the local elections, the prevention of the vote of no confidence in the Government, as well as the expectations for the coming period and the formation of a new parliamentary majority.

Janusev emphasized that a precedent and shameful act took place last Thursday, and the non-appearance of Kastriot Rexhepi in the Parliament only shows the level to which the regime has been released everywhere in the country, so it controls the MPs in the Parliament. He added that if Kastriot Rexhepi had not been kidnapped, he should have come to the Parliament and explain why he would not participate in the vote of no confidence in the Government, and not mysteriously disappear.

Janusev says that the game that Zaev and Rexhepi played is absolutely losing and defeating, and this way of preventing the implementation of the will of the people is just a motive plus for the citizens to punish them in the next parliamentary elections.

Janusev: There is no crime and corruption in “Design” case, but indictment with many irregularities and political persecution

Nikoloski: Kastriot Rexhepi was kidnapped and held in the Prime Minister’s villa, he himself doesn’t deny it