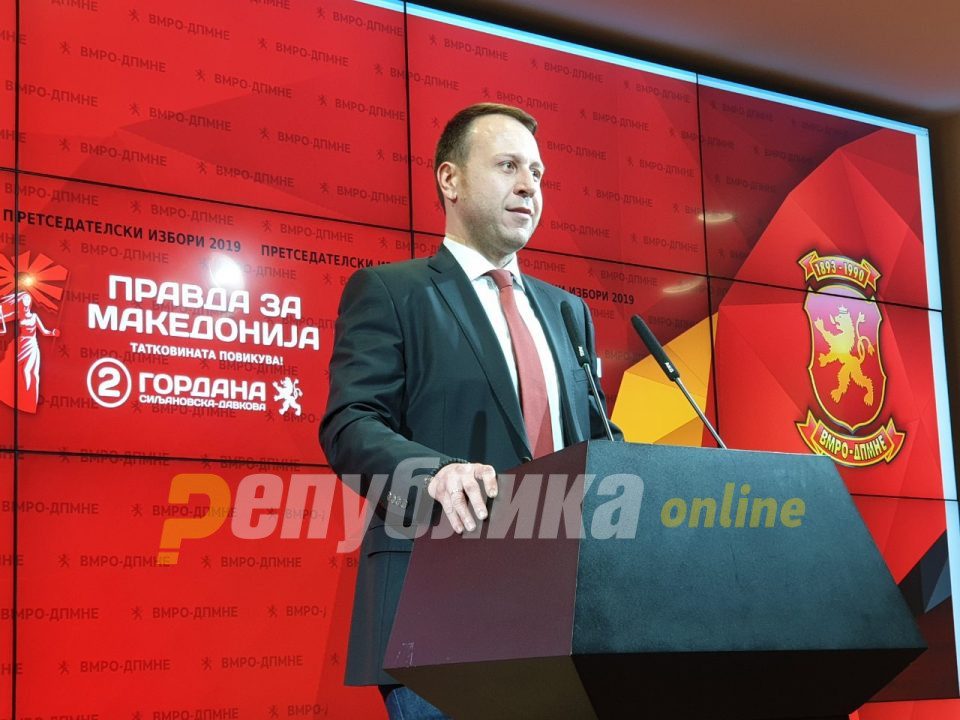 VMRO-DPMNE Secretary General Igor Janusev said that, in light of the irregularities reported throughout the day, a defeat for Gordana Siljanovska – Davkova would be a “major stain on the conduct of the elections”.

VMRO-DPMNE shared reports of party activists being intimidated by the police, and of open vote buying in parts of the country, which was allowed to go on by the police.

The people won today. We expect an excellent result for VMRO-DPMNE. Any other option than a win for Siljanovska will be a major stain on the conduct of the election. For us, this is a fight for justice, for principles and values. VMRO-DPMNE is making a grand return and Zaev’s fall has begun, Janusev said.

According to the early election tallies, Stevo Pendarovski has a lead over Siljanovska, but the percentage of counted votes is still not high enough to be representative.

There were abuses in the first round, but this escalated in the second round, especially in the last few days. We have reports of blackmails and threats, of re-assignment of employees in the public administration. We have numerous reports of bribery, Zaev himself even made statements in this regard and threatened the voters, Janusev said, adding that things are rapidly changing in Macedonia and all those involved in the electoral irregularities will be held responsible.

In the first round, Siljanovska and Pendarovski were essentially tied, with a few thousands votes between them. VMRO-DPMNE kept its election base from the last 2017 municipal elections, while SDSM and DUI combined lost 2/5 of their votes from two years ago.

You can’t change the rules months before the vote, Janusev tells Zaev

Siljanovska: We’ve developed a Western Balkans style of governance, with no checks or balances