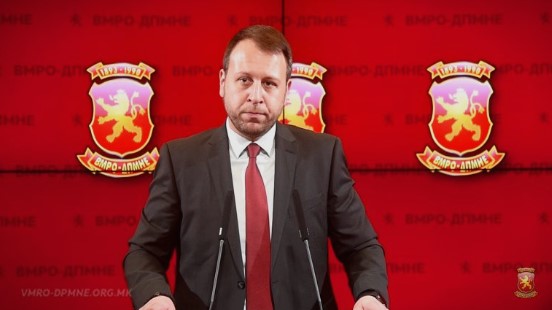 There are no legal obstacles to appoint Acting Special Prosecutor – said Zoran Zaev. Well there are, only Zaev does not know them, and those lawyers around him I’m sure they don’t tell him, otherwise, they could tear their diplomas into pieces!,  VMRO-DPMNE Secretary General Igor Janusev wrote on Facebook.

First, the dismissal procedure itself is “at least” lengthy and complicated. The Public Prosecutor’s Office should prepare a report to the Council of Public Prosecutors that charges have been filed against Katica Janeva, after which the Council prepares a written report on the grounds for dismissal which it submits to the Parliamentary Elections and Appointments Committee, and this Committee submits a proposal at a plenary session of the Parliament of the Republic of Macedonia for dismissal, where it is dismissed by a two-thirds majority and a Badinter majority. So after all this, the Council of Public Prosecutors makes a decision to dismiss Katica Janeva, Janusev writes on Facebook and adds:

Secondly, the SPO Law does not regulate, nor does it mention the appointment, or election of an Acting Special Prosecutor, and referral to the Law on Public Prosecutors can only be done by an illiterate lawyer … or someone who works for the criminal-racketeering government of Zoran Zaev and SDSM! You will not get away with this, the SPO has been compromised, the Government is collapsing, writes Janusev.