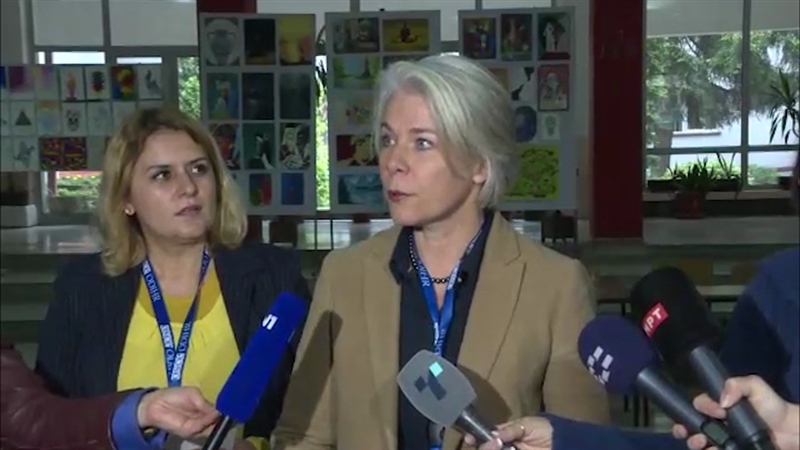 We’re aware of the 40% threshold and of its importance, if this election will be valid. Therefore, ODIHR has already recommended to take this threshold away, Head of OSCE/ODIHR election observation mission Corien Jonker said Sunday after observing polling station 2789 in Drachevo.

Jonker pointed out that 170 observers were deployed throughout the country, and the mission was here to observe if the elections were organized according to democratic standards for elections.

We just observed a polling station, but of course, one polling station is just one of them and we’ll only be able to say something after we’re able to observe the whole country,” she noted. “Election Day is only the tip of the iceberg, elections is far more than only Election Day.”

Jonker underlined that the long-term observation mission team was here as of mid-March and would stay until mid-May to observe the whole electoral process. She added that a preliminary post-election statement based on the full observation would be presented on Monday.

In response to a reporter’s question about assessing the presidential runoff so far, the Head of the mission said she would like to be very careful about making early assessments before the full observation and the press conference on Monday, as there are differences from one polling station to another.

The international election observation mission comprises some 170 observers from 32 countries, including 156 long- and short-term observers deployed by ODIHR, 11 parliamentarians and staff from the OSCE PA, and five from PACE.