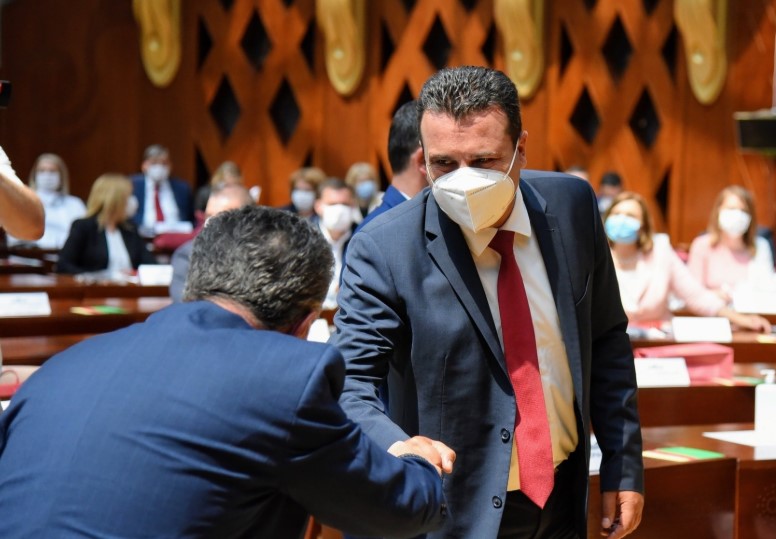 The Macedonian Association of Journalists (MAN) strongly condemned the way in which SDSM party leader Zoran Zaev attacked the Infomax news site yesterday, alleging political motives behind their string of critical reporting on Zaev’s involvement in corruption and racketeering. At one point Zaev even complained that “Infomax made his children cry”, to which Infomax editor Aleksandar Mitovski, who was recently sentenced to a suspended prison sentence for reporting about Zaev’s role in the Racket scandal, reminded him of the many families he himself assaulted.

We demand that the SDSM President apologizes immediately to the journalists and editors who he pressured and labeled yesterday. If he doesn’t apologize, MAN will propose to its members to boycott him and stop reporting on his activities for 30 days, the association said.

MAN pointed to the sentencing of two journalists, including Mitovski, and the charges filed against five more under Zaev, as well as the dozens of criminal charges SDSM has launched against the critical press and the pressures to remove editors who were not to SDSM’s liking. The organization adds that it is no surprise that Macedonia is marked as a “hybrid regime” by organizations such as Freedom House and the Economist, given Zaev’s treatment of the free press.