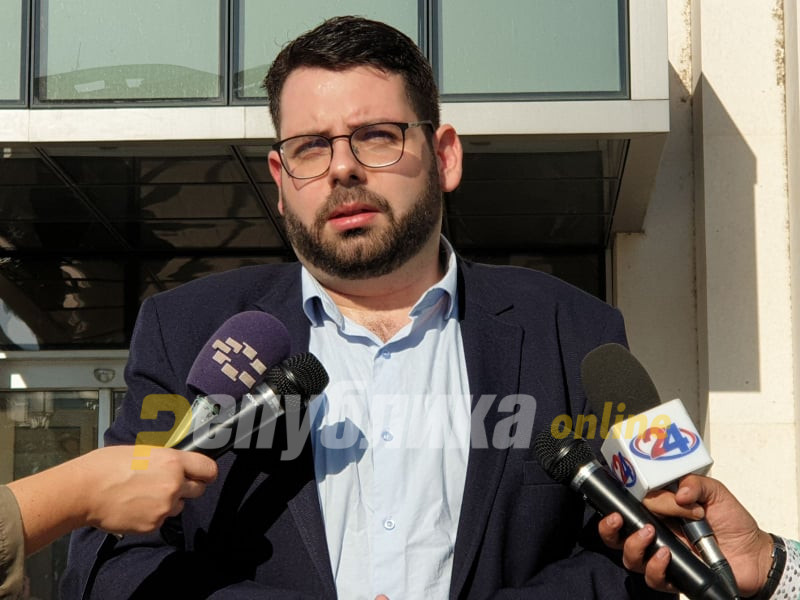 Outspoken investigative journalist Ljupco Zlatev was attacked on Thursday evening, apparently by people from a detail associated with the powerful former head of state security Saso Mijalkov. Zlatev, who edits the Lider.mk news site, said that he was in a cafe when an unknown man began to punch him in the chest and push him to the outside telling him “go outside, we have scores to settle with you”.

Afterwards, Zlatev said, the man hand-butted him several times, after which guests pushed teh attacker outside, and someone shouted that he has a gun. Zlatev reported the incident in a police station today, and said that he identified the man from his social media accounts as a person protecting Jordan Mijalkov, Saso Mijalkov’s son. Mijalkov is currently involved in a new push to take over the VMRO-DPMNE party, with the help of former party officials who are now affiliated with Zoran Zaev’s SDSM party. Zlatev recently published a report about Mijalkov’s purchase of an expensive hotel in Ohrid.

Criminals will not scare me. I’m an honest man who fights against this evil with all my might. If somebody wants to silence me, he will have to kill me. My gratitude to the police for its quick response, and to the people in the cafe who helped stop me from being dragged out and beaten. I’m also grateful to the political parties, friends and colleagues who condemned the attack and offered me their support. I will not compromise with criminals, Zlatev said.

Previously, Zlatev faced pressures from state prosecutors for his extensive reporting on crime and corruption on the part of Zoran Zaev and his SDSM party.