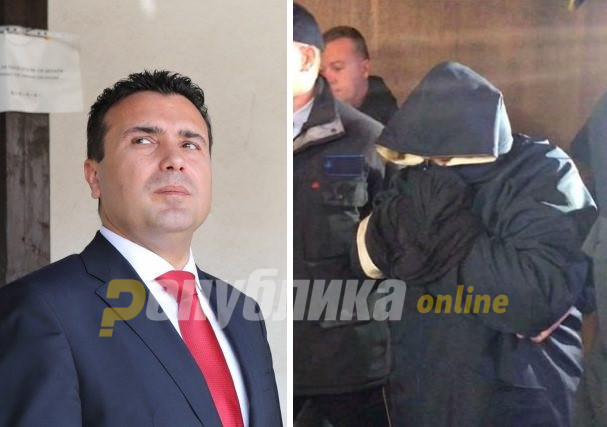 Judge Vladmir Pancevski, an outspoken critic of the Zaev regime and the now disgraced Special Prosecutor Katica Janeva, is warning that she may avoid punishment for most of her crimes given the way the case against her is conducted at this point.

Janeva goes to trial tomorrow, for her role in the major racketeering scandal in which she is suspected of extorting millions from businessmen who she was threatening with criminal charges. But, Pancevski warns that Janeva is currently charged with just a small portion of her total crimes.

Janeva is charge with abuse of office under article 353 of the Criminal Code, which covers abuses of great financial value. But she is being charged with an extortion of furniture of just 5.000 EUR, which she extorted from a person charged by her. State prosecutors are aware of the judicial practice in such cases and are deliberately going after her with such a minor case. Outwardly it all seems like a major win for the rule of law, and Katica Janeva and her SPO office are seen as part of the criminal structure of the Government, but the reality is different. Given our judicial practice, an official can only be prosecuted for abuse of his position once. Any additional charge would be noted as additional financial damages, but will not affect the sentence. So, if Katica is now sentenced to just one year, or even a suspended sentence, she will never receive a greater sentence. This is what prosecutors Joveski, Spasovska and Ruskoska came up with, in cooperation with Zaev, Sekerinska, Deskovska and Katica Janeva, judge Pancevski writes in a widely shared social media post.

Janeva’s main target was businessman Jordan Orce Kamcev, who she charged with money laundering worth about 11 million EUR, and tried to extort all but all of it from the healthcare and construction entrepreneur. At one point, she extorted a pricey couch from the furniture store owned by Kamcev’s extended family, and it is now widely believed that the couch was bugged, as were her conversations with Kamcev and her accomplice Bojan Jovanovski – Boki 13. She is also being investigated for widespread abuse of the funds given to her SPO office, but as Pancevski warns, she may only receive a slight sentence for the piece of furniture she got from Kamcev.

Today’s testimony by SPO prosecutor Lile Stefanova in relation to the “Racket” case undoubtedly takes us back a year to remind ourselves of what happened to the capacity of the special prosecutor, which for the then prime minister was an unconquerable fortress. I do not give up on...
Macedonia 27.01.20 | 15:53