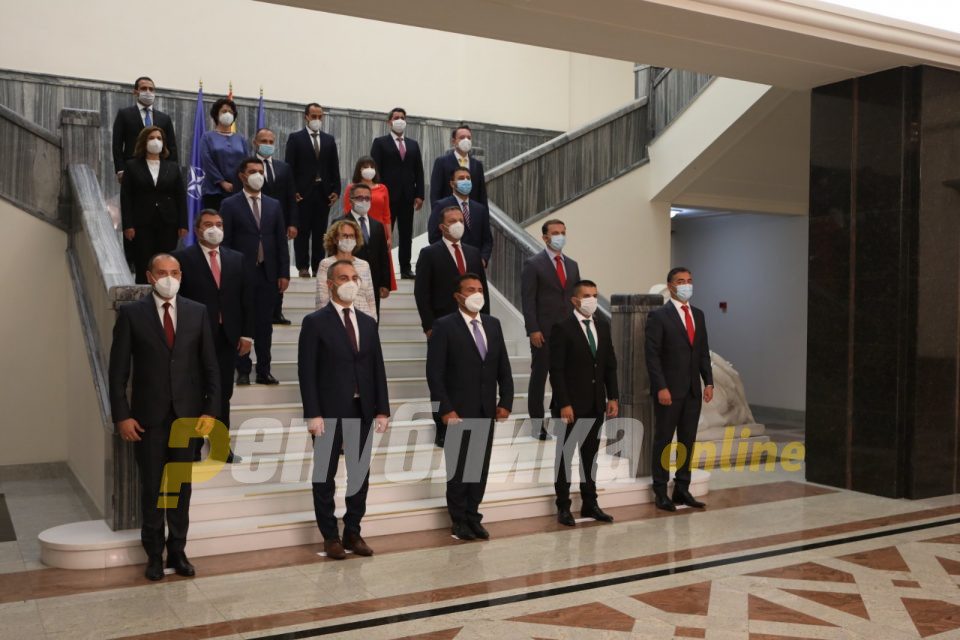 As expected, the Macedonian Parliament voted with a very narrow majority to elect a new Government led by Zoran Zaev. In favor were 62 members of Parliament, out of 120. One DUI representative voted from an external location after he was diagnosed with the coronavirus.

Opposed were 51 representatives. A total of 115 members of Parliament were present at the vote. After the vote, the representatives of VMRO-DPMNE, the largest party in Parliament, left the building, while Zaev and his ministers remained to give the oath of office.

DUI rounds up its powerful positions in the new Government by assuming the Finance Ministry (Fatmir Besimi) and the Public Administration Ministry (Jeton Sakiri) which will give the party virtual control over public sector hiring. DUI also holds Economy (Kresnik Bektesi) and Environment (Naser Nuredini)

Other positions going to the “urban wing” of SDSM include Education for the far left activist Mila Carovska, Healthcare (Venko Filipce) and Culture (Irena Stefoska). Zaev had Jagoda Sahpaska replace Carovska as Labour and Welfare Minister.

Arijanit Hoxha from the small BESA party that was allied with SDSM in the elections is the new Agriculture Minister and Goran Milevski from the Liberal-Democratic Party will lead the department of cooperation with municipalities.