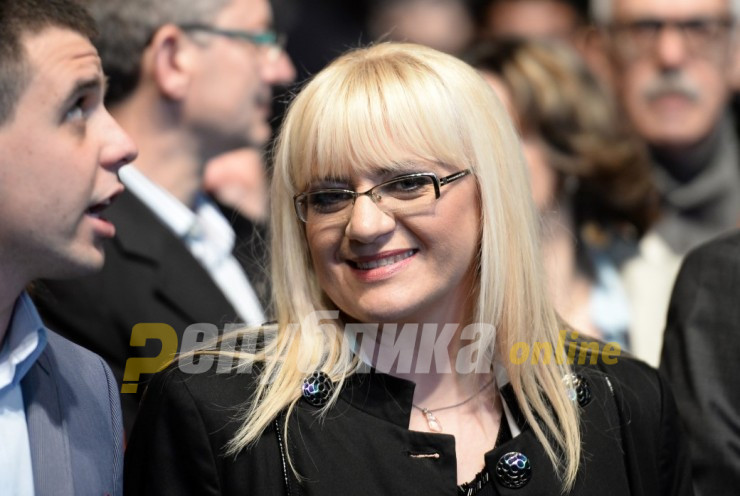 Justice Minister Renata Deskoska today confirmed that the controversial move by Special Prosecutor Katica Janeva to give up all the case files of her SPO office to the OJO office of public prosecutors is actually the Government’s on how to deal with the crisis in the judiciary.

Deskoska said that there is no longer any need to adopt a new law on state prosecutors, thanks to Janeva’s move, which seems coordinated with the Government. Janeva’s office was set up in 2015 with the approval of all major political parties, but the SDSM led Government now wants to avoid a consensual decision on its future, and plans to abolish it, moving the cases which Janeva used to persecute the opposition to the equally politically controlled OJO office.

The transfer of the cases messed up the plans of those who hoped that there will be no Special Prosecutor any more or that the cases will be stuck. Their plans did damage to us, but now failed. It is clear that the SPO cases will be prosecuted to the end, after being transferred to OJO. We have also removed any threat of negative effects from the Supreme Court as well, Deskoska said, referring to the removal of the Chief Justice of the Supreme Court Jovo Vangelovski, which further entrenched the Government’s control of the judiciary.

Janeva sent several letters from detention, ordering the SPO prosecutors to give up their cases, despite the fact that, as a detainee, she loses any authority over the office she leads.

It’s possible that adopting a new law is no longer necessary to prosecute the SPO case files. But it is necessary to meet our obligations from the strategic plan to reform the judiciary, Deskoska added.