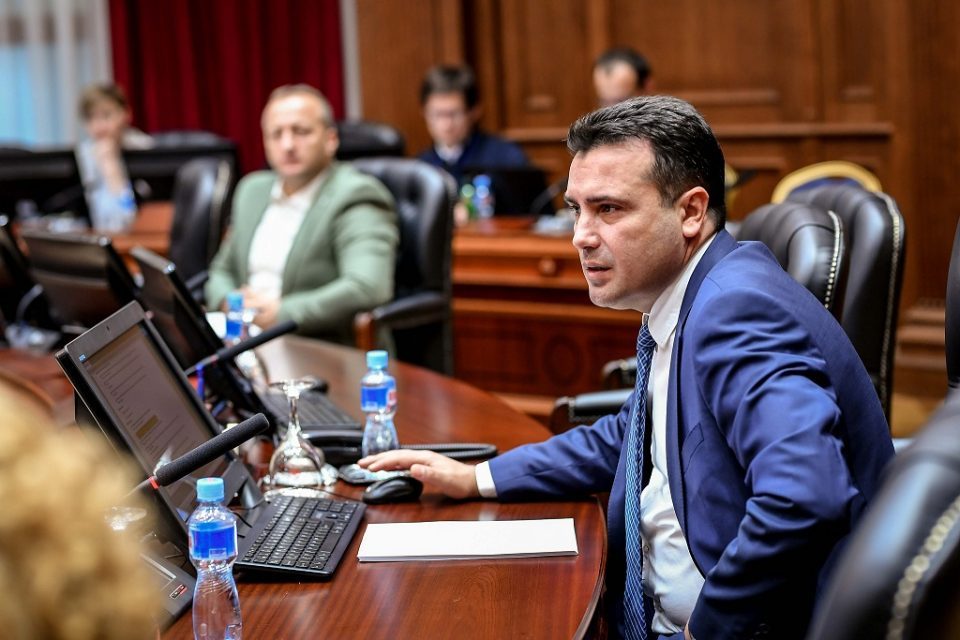 Businessman Jordan Orce Kamcev revealed that he reported the extortion attempts to now outgoing Prime Minister Zoran Zaev. Kamcev is testifying today at the major Racket trial, in which former Special Prosecutor Katica Janeva is charged with extorting money from him.

I was not sure where to report the case, since everybody was involved. I knew Goran Nikolovski who was then director of the UBK agency. I reported the extortion with him and there is a note of this conversation. Once I paid a million EUR I again reported it to Nikolovski. He gave me good advice, to keep all the hard drives and communication devices I used to record the extortion. He told me that the only person I can trust is prosecutor Vilma Ruskoska, Kamcev said.

As he was still pressured by Katica Janeva, who filed money laundering charges against him, Kamcev eventually went to Zaev.

I reported it to the Prime Minister. He was astonished with what he saw, he was speechless. He told me to give him several days since he can’t believe what he’s seeing. Then he called me and told me to bring everything I have to the prosecutors, to Vilma Ruskoska, Kamcev said.

Throughout the scandal, which involves people close to Zaev such as Janeva and Boki 13, Zaev maintained that he was not informed of the extortion or approving it, and that when he heard about it he reported it to the prosecutors. But Zaev continued to publicly push Katica Janeva as the best person to remain Special Prosecutor. In negotiations with the opposition VMRO-DPMNE party, Zaev demanded that Janeva’s position, which she used to persecute VMRO officials and cleared the way for Zaev to seize pwoer, is made permanent with her as the only acceptable choice.