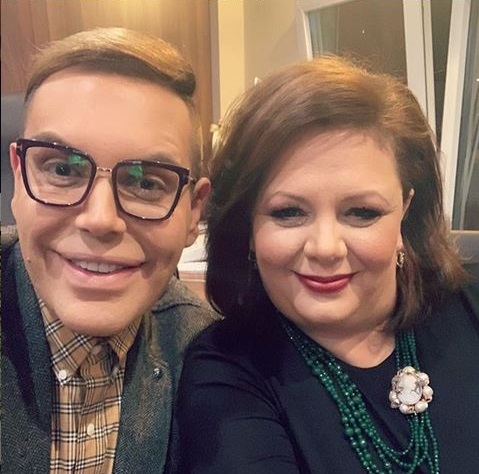 Businessman Jordan Orce Kamcev, who is testifying today in the Racket scandal, revealed details about the extortion attempts against him from disgraced Special Prosecutor Katica janeva and her associate Bojan Jovanovski – Boki 13.

Kamcev said that Boki 13 came to him asking him to invest several million EUR in the construction of a shopping mall, a venture which had little economic logic, Kamcev said. Boki 13 demanded that the mall also includes offices for his 1TV television, a hair studio for his friend Sergej Varoslija and luxury stores.

The entire project came bearing the signature of Lazar Janev, Katica Janeva’s son, Kamcev said.
Lazar Janev was employed as a top officail in Boki 13’s television. It was widely reported that Boki 13, while using his close ties to Katica Janeva to extort money, would frequently bring her son with him. The two would visit businessmen and threaten them with criminal charges from Janeva’s powerful office if they don’t purchase ads in 1TV.

After Kamcev refused the mall project, Boki 13 asked him to invest 4 million EUR in a retirement village project, which was another of his favorite forms of extortion.

Micevski says he wants the money he gave to Boki 13 back, as VMRO demands that the prosecutors finally get serious

Eventually I paid 180.000 EUR in ads for his TV station. He then sent me his picture with prosecutor Katica Janeva and informed me that “something big” is being prepared against me, Kamcev said.

Kamcev revealed that other businesses were also targets of extortion. He described how his friend and former Macedonian Telekom manager Zarko Lukovski, who recently died, had 250.000 EUR seized from him by the racketeers. Kamcev added that the former Mayor of Skopje’s Centar district Vladimir Todorovic, who owns the large Tinex chain of supermarkets, was a victim of Boki 13 and Katica Janeva, as was the Pelisterka company. Pelisterka owner Cvetan Pandeleski was charged along with Kamcev in the large money laundering case Janeva initiated under the code-name “Empire”. Janeva and Boki 13 are charged with extorting money from Kamcev using the detention order and the charges in the “Empire” case as leverage and that she withdrew the detention request after Kamcev paid 1.5 million EUR.
After he was detained as part of the “Empire” case, Kamcev offered Boki 13 250.000 EUR if he can get Janeva to release him from detention. “Boki 13 replied that Janeva is very nervous and it would be best if I paid a full million”, Kamcev said.

I was questioned in Janeva’s SPO office four times. During one of these interrogations Janeva told me to “finish what I started with Boki 13”, Kamcev said.

The proposal to nominate judge Dobrila Kacarska as Constitutional Court justice would mean a promotion for a person who is internationally noted for violations of the Constitution. Kacarska, one of the most loyal judges of the Zaev regime, was nominated to seat in the court which has unprecedented power...
Macedonia 29.09.20 | 20:01