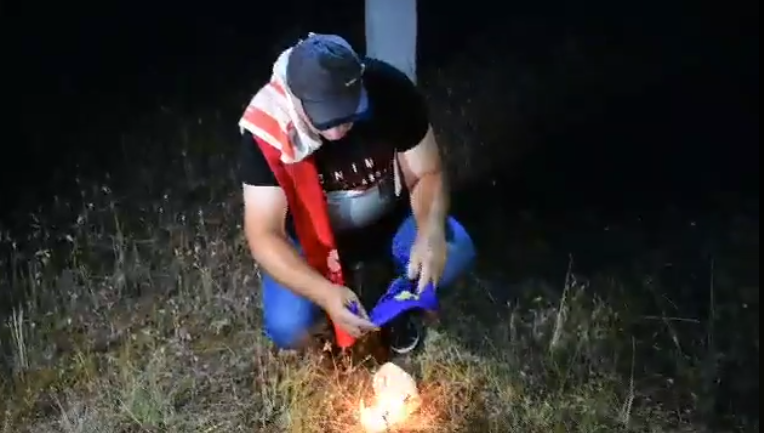 This is Vasil Kamcev from Kavadarci, coordinator of workers whose companies they worked in went into bankruptcy. Vasil tells how they were deceived into taking part in the 2016 protests and what kind of false promises they were given, according to the description of the video that is circulating on social networks.

Kamcev is also one of those who, revolted by the lies of SDSM, for which, as he says, is non-national party, set everything he had from SDSM, hat, scarf, T-shirt on fire.