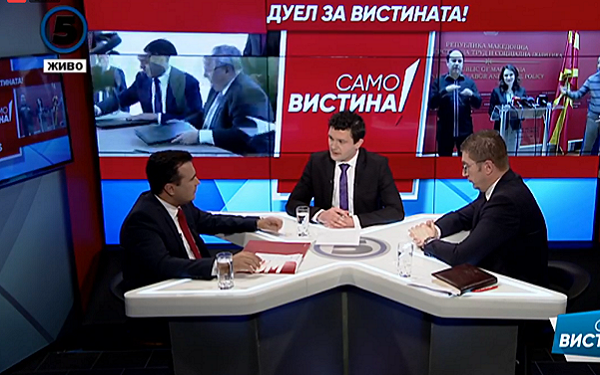 Kanal5 TV confirmed that its editor in chief Goce Mihajloski is positive to the coronavirus. Last week Mihajloski interviewed both opposition leader Hristijan Mickoski and Zoran Zaev from the ruling SDSM party, and as a result they will both self-isolate over the next two weeks.

The TV station said that it had introduced precautionary measures before the interviews, and during its work such as reducing the staff and measuring temperature on entry. Mihajloski developed symptoms on Sunday, at work, and is now hospitalized after an initial negative test.

Mickoski was tested and came back negative, while Zaev’s results are expected during the day.