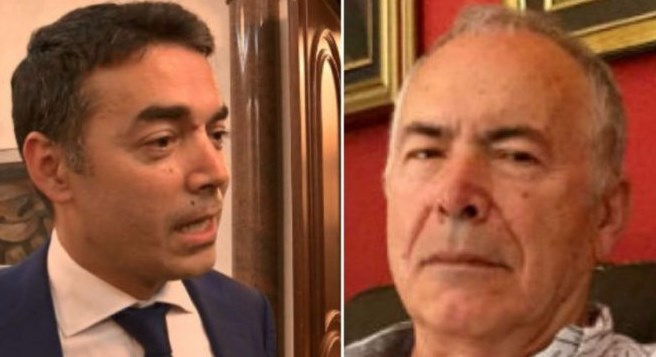 Bulgarian nationalist Defense Minister Krasimir Karakacanov issued another warning to Macedonian politicians that they must agree to the concessions on national identity issues that Bulgaria requires. Karakacanov especially singled out Foreign Minister Nikola Dimitrov, calling him “the son of a good Bulgarian”.

The patience of Bulgaria is being exhausted. I said that a number of times to Prime Minister Zoran Zaev, to Foreign Minister Nikola Dimitrov, whose father is a good Bulgarian. I known him, I’ve come to his home when he was just a boy, Karakacanov said.

Dimitrov’s father Dimitar Dimitrov was a member of Parliament and Education and Culture Minister early in the Macedonian independence as well as Ambassador to Russia. A refugee from Aegean Macedonia, Dimitar Dimitrov would call for a revision of the Yugoslav and socialist influenced Macedonian history. Because of this, socialist commentators and politicians would often accuse Dimitar Dimitrov of pro-Bulgarian sentiments, and would pin this allegation on the VMRO-DPMNE party, which Dimitrov belonged to.

The family has since switched over to the socialist SDSM party and Nikola Dimitrov was instrumental in signing the treaties with Bulgaria and Greece, under which these two countries claim chunks of Macedonian history and redefine the Macedonian nation. In the 1990-ies, as the “name issue” with Greece was heating up, Dimitar Dimitrov famously cursed whoever signs off the name Macedonia to Greece, not knowing that in 2018 it will be his son who will do it.