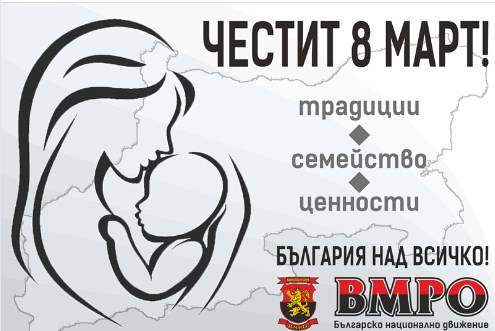 In the run up to the general elections in Bulgaria, the VMRO-BND party, led by nationalist Defense Minister Krasimir Karakacanov, is promoting a map of Greater Bulgaria.

Party campaign materials use a map of Bulgaria that includes the whole of the Republic of Macedonia, and chunks of Greece, Serbia and Turkey. The map largely corresponds to the San Stefano Bulgaria.

The map was even used in the message the party sent out on March 8th – International Women’s Day, under a sketch of a woman cradling a baby.

Karakacanov has been key in blocking Macedonia from opening EU accession talks until it agrees to accept the Bulgaria historic narrative and makes major concessions with its national identity.