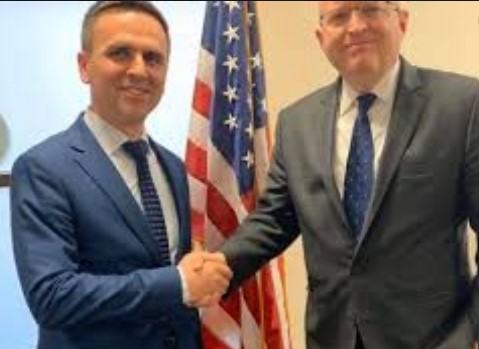 BESA party leader Bilal Kasami presented his meeting with US acting Assistant Secretary of State Philip Reeker as evidence that the US supports his coalition with SDSM. Kasami met with Reeker in D.C. days after creating the first pre-election coalition between what was considered an ethnic Macedonian party – SDSM – and an Albanian party – BESA.

Reeker was a US Ambassador to Macedonia under Barack Obama and remains closely involved in Macedonian politics.

Mickoski – Kasami: This Government needs to go as soon as possible