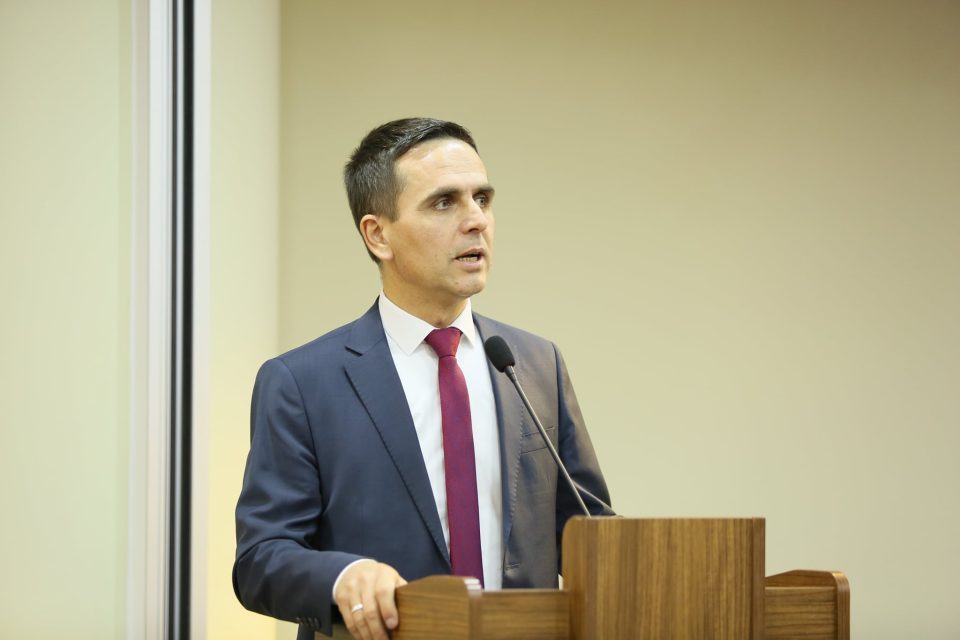 The Municipal Crisis HQ held a session in Tetovo in the afternoon due to the storm in the city and the material damage caused to the properties of citizens and institutions at the local level. The Mayor of Tetovo, Bilal Kasami informed that they seek assistance from the Government in overcoming the situation.

Inadequate investments in the area of storm sewers resulted in many streets, boulevards and roundabouts being blocked and were under water. Unfortunately, part of that water went to the basements of the houses, especially in the part near Tetovcanka, Teteks, and in the whole city area which is in the lower part of the city. Some of the public institutions, schools and kindergartens were also flooded. Since this morning I am on the field with the fire and rescue team within the Municipality of Tetovo where we intervened and we solve some of the problems of the citizens affected by the flood, said Kasami.

The Crisis HQ also adopted several conclusions according to which assistance will be sought from the Government for compensation of damages, cleaning of riverbeds, as well as assistance from the City of Skopje for cleaning the streets.