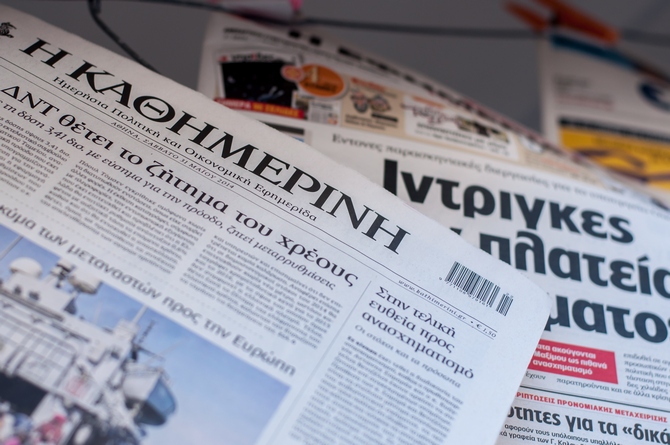 Greek daily Kathimerini writes that only an intervention on the part of Europe, to reverse the shock veto at the recent European Council, could save Zoran Zaev from a major defeat at the coming early general elections.

The paper writes that Greece was approached by diplomats from “concerned” countries, with the idea that Greece could make an initiative to open the EU accession perspectives for Macedonia and Albania, who were both denied at the Council by France, or a combination of France, Denmark and the Netherlands. The paper writes that this would be welcome help to Albanian Prime Minister Edi Rama, and to Zaev who faces a heavy defeat from the “nationalists” at the April 2020 elections.

The paper also speculates that the announcement by Zaev to freeze implementation of the Prespa treaty in domestic matters until the EU accession talks begin could help him electorally. Zaev made this announcement twice, and twice backpedaled from it.

Flip flop: Zaev now says that he will fully implement the Prespa treaty

Zaev’s move is declared a hand grenade thrown at the treaty, as a freeze of implementation of the name change on the Macedonian side, although perfectly in line with the Prespa treaty, would likely cause a reaction from the Greek side. The paper also warns that Macedonia would face Armageddon if it leaves the Prespa treaty and would possibly be blocked from joining NATO, even though the ratification is at an advanced date.

Ultimately, any push to help the two Prime Ministers hinges on getting France to change its mind, which is doubtful, and besides could come too late for Zaev as the elections are in April and the Zagreb European Council would be in May. Italy is pushing to reverse the decision at a summit that would be held earlier, but it also demands that Macedonia and Albania remain coupled, which makes the decision more difficult for Zaev. Kathimerini writes that Italy is pushing primarily for Albania, out of geo-political reasons, meaning that Macedonia is unlikely to decouple, which is its best chance to open accession talks on its own.

Meanwhile, Greece would push the two countries: Macedonia would be required to continue to strictly implement the Prespa treaty, while Albania would have to give additional minority rights to ethnic Greeks.