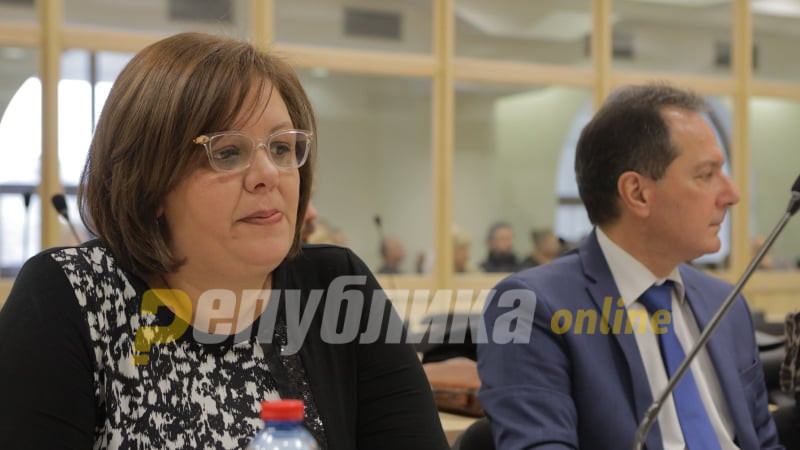 Katica Janeva was removed from the courthouse today after her outburst against her former deputy prosecutor Lile Stefanova. Janeva used a string of insults against Stefanova, including “whore”, “crow” and “s…head”, as Stefanova testified against her.

Janeva remained entirely silent and stone-faced during the previous hearings in the case in which she is charged with extorting 1.5 million EUR from businessman Jordan Orce Kamcev, even as Kamcev and his wife revealed details about her extortion attempts. But the testimony of Stefanova, one of her leading deputies, was too much for the small town prosecutor who was named Special Prosecutor in 2015 and quickly given power to persecute leading politicians from the Macedonian conservative VMRO-DPMNE party, paving the way for a power grab by the socialist SDSM party.

I drove your cat around, and now you blame me. You whore!, Janeva told Stefanova before being removed from the courthouse.

Up until that point, Stefanova did all she could to lay the whole blame for the widespread abuse and corruption in the Special Prosecutor’s Office on Janeva.

These were not the only gutter moments in today’s hearing. Stefanova was asked by Janeva’s lawyer Irena Frckoska whether it’s true that she also asked for a bribe from Kamcev. Kamcev claimed that another powerful businessman Vanco Cifliganec, who comes from the same small town as Lile Stefanova, urged him to give Stefanova an office space in one of his buildings so Stefanova’s daughter can open a dentistry office. This report was followed by widespread reports of an alleged affair between Stefanova and Cifliganec. Frckoska asked Stefanova if she is close to Cifliganec and got the following report: “We are not close with Cifliganec, and I don’t know who his mistress is”. 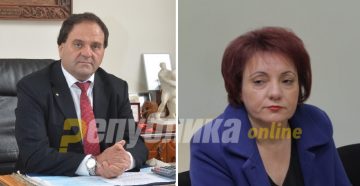