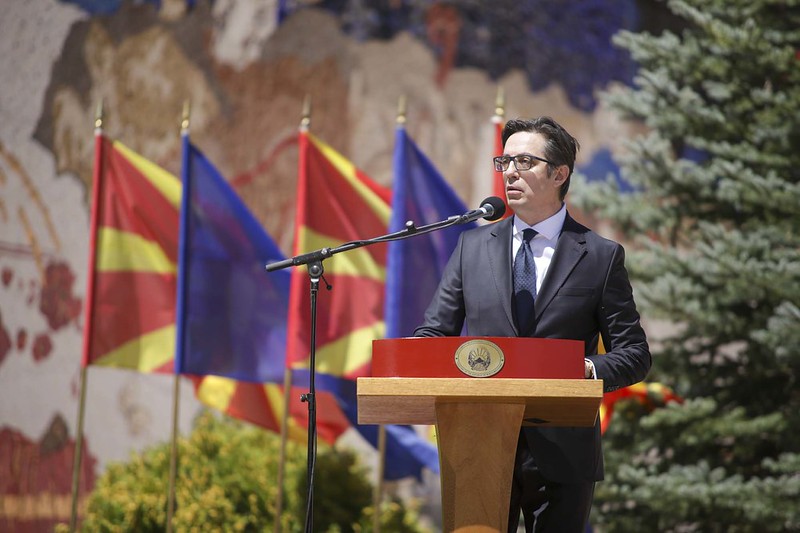 Former prosecutors from the now dismantled Special Prosecutor’s Office demand an apology from President Stevo Pendarovski, for noting in his Ilinden speech that the SPO completely betrayed the expectations of the public.

The openly partisan outfit created to go after officials of the VMRO-DPMNE party and pave way for the forced renaming of Macedonia was dismantled after its chief prosecutor Katica Janeva was caught abusing her office and extorting money from businessmen she was prosecuting on the side, when she was not engaged in political persecution. Janeva was sentenced to seven years in prison for extortion, and Pendarovski, who like the rest of SDSM party was an outspoken supoprter of her unit, mentioned this utter failure of the rule of law in his speech.

But Janeva’s former staff, who claimed they had no idea what was going on in their office and that Janeva did all the extortion by herself, are now asking Pendarovski to apologize.

There was not just one person working in the SPO and it is not fair to paint the entire institution with the actions of this one person and to undermine the work of others, the SPO prosecutors write in their open letter to Pendarovski.

The staff turned their backs on Janeva the day after her friend Bojan Jovanovski – Boki 13 was arrested last summer. Some of them were alleged to have asked for additional bribes, separately from Janeva, in the cases against various businessmen she was prosecuting, but none were charged and all got to keep their jobs – moved into the OJO office of public prosecutors – some even working on the still active cases initiated by Janeva.