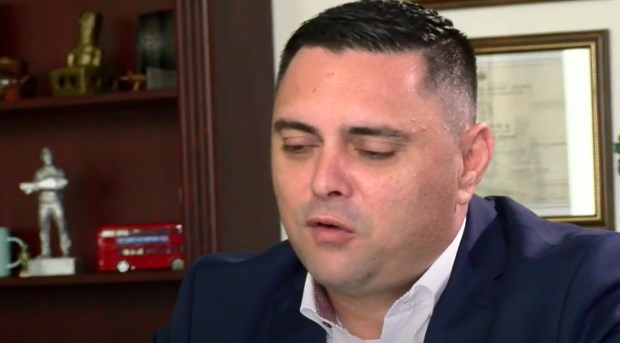 Mitko Jancev, the Mayor of Kavadarci who is trying to challenge Hristijan Mickoski for the leadership position in the VMRO-DPMNE party, announced that he is giving up on the protest he scheduled for Monday.

Jancev said that he will lead his supporters before the VMRO office in Skopje, but now said that, due to “worries about the coronavirus”, he decided to hold an “online protest”. Jancev said that he spoke with the Healthcare Minister Venko Filipce and the head of the Committee on infectious diseases Zarko Karadzovski, in trying to justify his about face.

Health of the citizens comes first. But we are not giving up on our goal to have Mickoski leave the helm of the party. We will hold press conferences in various cities, and a type of online protests, Jancev said.

The Kavadarci Mayor has been close with the Zaev clan, especially Vice Zaev, the businessman brother of Prime Minister Zoran Zaev, who is developing real-estate in Kavadarci. This has prompted allegations that Jancev is being supported by the Zaev regime to stir factions in the opposition, similarly like what is happening with former members of Parliament who switched to Zaev’s side and a number of former officials close to Saso Mijalkov.