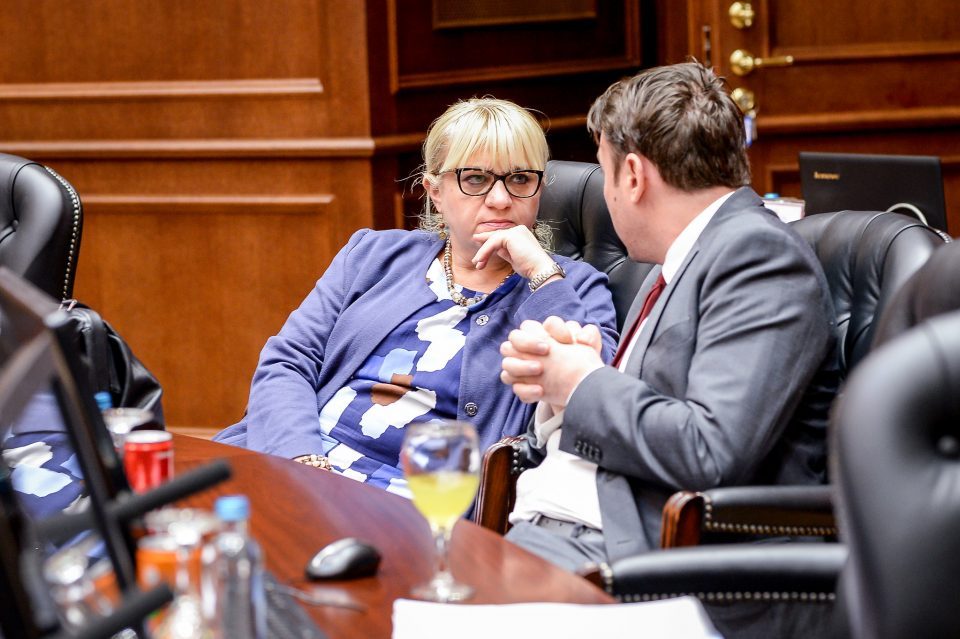 Justice Minister Renata Deskoska today said that the serious objections which the Venice Commission raised on the law that introduces full bilingualism in Macedonia will be examined only after the elections. The law on the use of the Albanian language, adopted as part of the coalition agreement Zoran Zaev’s SDSM party made with its indispensable Albanian partners, violates the Constitution and introduces the Albanian language in official use throughout the entire country. The Venice Commission found that this is unworkable and outside of European standards, but SDSM is apparently not able to touch the issue lest it lose the support of ethnic Albanian voters and parties.

The process is not finished, we are still analyzing their remarks and I don’t believe we can complete our proposals before the elections. It will be left for after the elections, Deskoska said when asked if the Ministry is working on incorporating the Venice Commission objections into the law.

After appointing party loyalists to the commission, SDSM now wants to water down the bar exam