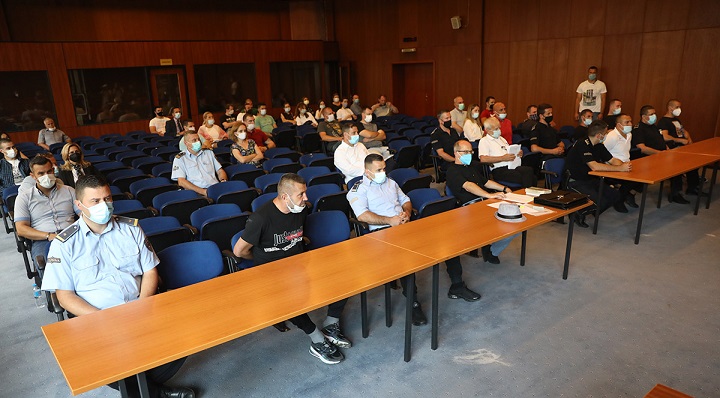 Former Kosovo Prime Minister Ramush Haradinaj back in August 2019 asked now the people from the “Kumanovo group” convicted on terrorism charges over the events in Divo Naselje to be extradited and serve their sentences in Kosovo prisons, and according to discussions in Kosovo’s Parliament, it is possible that such a request will be made again soon.

According to the “Lajm” newspaper, this issue was discussed at yesterday’s plenary session session in the Parliament of Kosovo. Kosovo Prime Minister Albin Kurti (who even before he took office announced that he will request a new investigation from Zaev) pointed out that until now there is no official initiative and that he cannot have it until the case is completed in the Supreme Court in Macedonia, reports “Kanal 5”.

Their relocation is done individually and not in groups, and the relocation procedure begins at the request of the person serving the sentence. So far we have nothing official about this, Kurti said.

After the debate in the Kosovo Parliament, the brother of one of the convicts from the Kumanovo group, pointing out that they (the convicts) never asked for serving their sentences in Kosovo, but demand that the case be returned for a retrial and seek to remove the terms “terrorism” and “terrorist group” because, in their view, they were unfounded.

The MP of the opposition PDK – Hysen Berisha reacted to Kurti over this topic.

What has been done so that they are not considered terrorists, because this issue was debated in the Parliament?, Berisha asked, accusing the Prime Minister that his colleague used the “unjust epithet” (“terrorist”), and now they are pretending to take care of the people of Kumanovo who are “kept in prison” in Macedonia, “Kanal 5” reported.