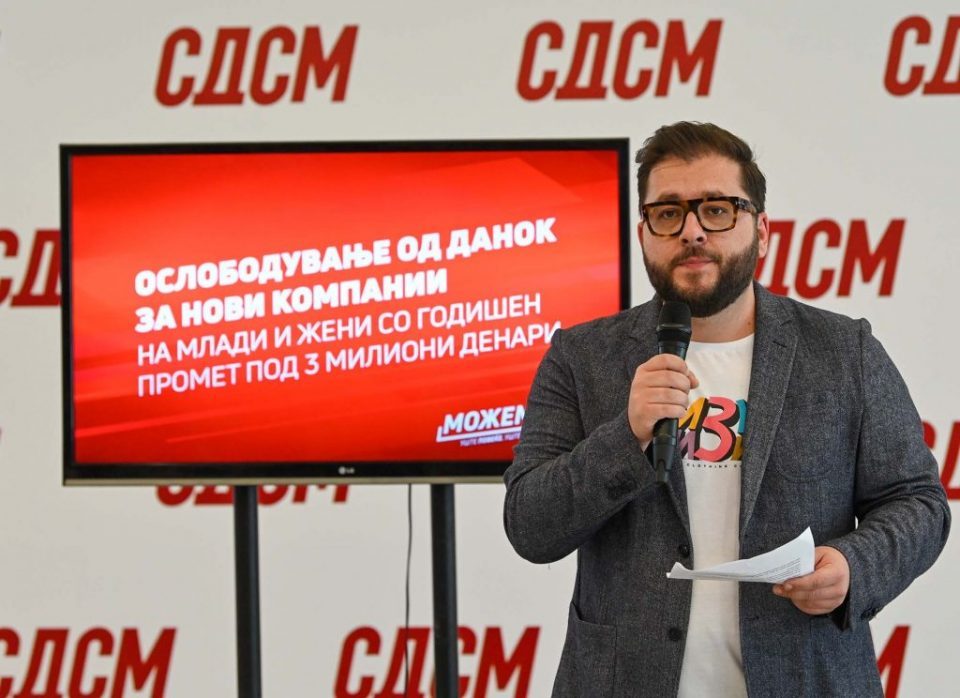 Kosta Petrov, vice president of SDSM is the new director of the Fund for Innovation and Technological Development (FITD). Petrov replaces Jovan Despotovski, who asked to be dismissed from this position. Despotovski was the head of FITR for more than three years.

Petrov informed on Facebook that after 15 years of experience in the private sector, of which 10 years as founder and managing director of the “P World” company, he will be appointed the new director of FITD.

Petrov is known as the author of popular self-help books, a PR expert who worked in the office of Arben Taravari when he was Minister of Health, and last August he was appointed Vice President of SDSM. Petrov is a speaker for public relations and leadership, and has published 5 books on this topic.

He is the founder of “P World”, the world’s leading events agency with operations in 40 countries across Europe, the Middle East, Central Asia, Africa, Asia and North America.

His first printed work “See you at the top” published by “Tri” is still the best-selling book by a Macedonian author in the country. Petrov is also a co-author of the lyrics of the Eurovision song “Proud” with which Tamara Todevska brought the Eurovision final to our country after six years.