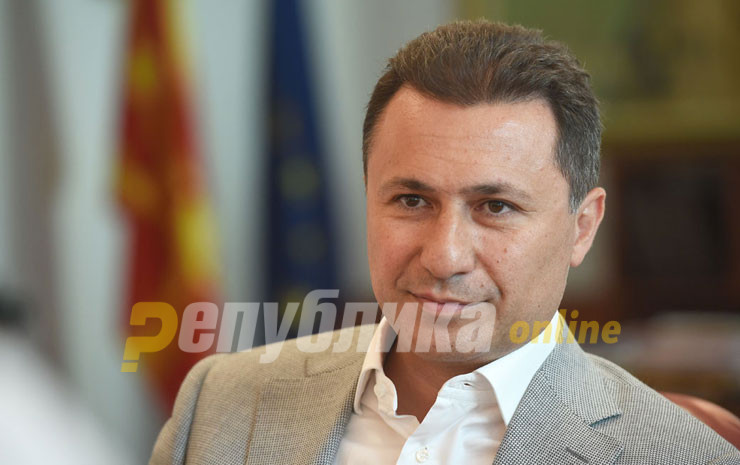 Former Prime Minister Nikola Gruevski denied that the owner of the “Eco Club” company was his close associate, as SDSM spokesperson Kostadin Kostadinov accused on Wednesday.

The spokesperson said that “VMRO-DPMNE’s business player deposited the medical waste in Drisla without processing and destroying it in a suitable machine outside the regulations and contracts”.

Although not allowed, they carries such waste to the Drisla landfill because it was enabled by another VMRO-DPMNE staff, Kostadinov said.

Gruevski says of the person mentioned that not only was he not his associate but aslo that he did not know him at all.

However, the most ridiculous part of the whole situation is that SDSM lost in time and space, they accuse me and VMRO-DPMNE of something that happened to them after being in power for three years. Something that has not happened in the past and has happened now, Gruevski wrote on Facebook.