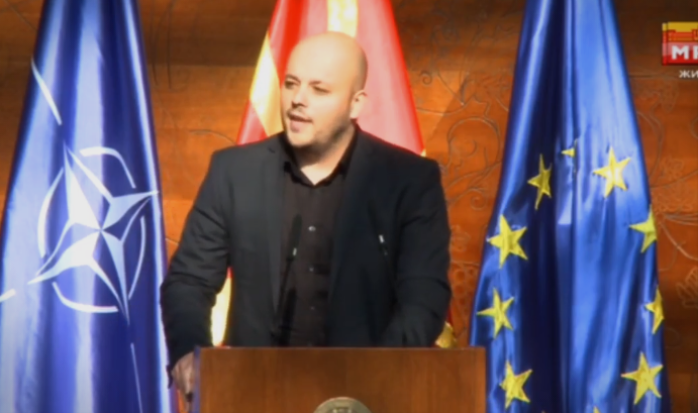 In one of the key critical comments during the debate on the proposed new SDSM – DUI led Government, VMRO-DPMNE member of Parliament Darko Kostovski said that this Government would continue the dismantling of the Republic of Macedonia. Kostovski accused SDSM of creating an oligarchic system in Macedonia to capture the economy and of devastating the national identity of the country.

The foundations of the Republic of Macedonia are being weakened whenever SDSM is in power. I fear that the coming period will just accelerate the destructive policies that dismantle Macedonia, nationally and economically. Through the worst transition from Communism to free market economy SDSM created an oligarchy which impoverished our country and cleaved us economically causing huge levels of inequality. You claim the mantle of social-democracy while wearing Louis Vuitton brands and using them for extortion and crime. Under your reign we saw Capone levels of crime in Skopje, with extortion, unresolved street shootings and drive-by attacks endangering civilians, Kostovski said.

The Parliament is gearing up to vote on Zaev’s proposed Government, which should be backed by just 62 votes, one above the bare minimum needed to elect a Government.